Watch This Angry Bobcat Pounce On a Turkey Hunter, Because It’s Kind of Hilarious 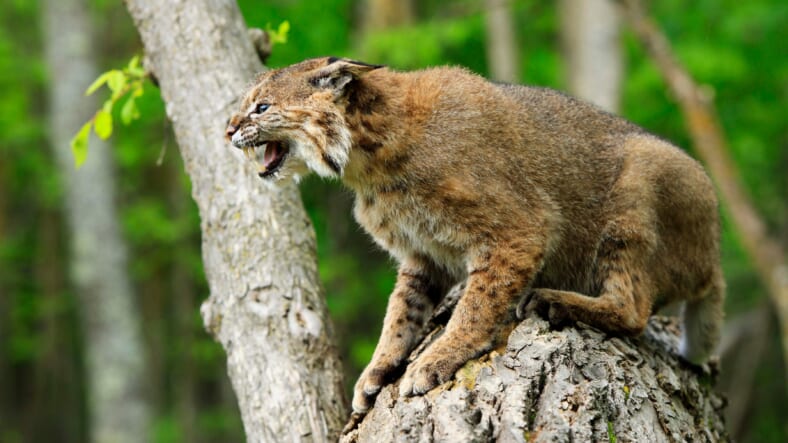 Wild turkeys might seem like easy pickings for a gun-toting hunter, but things can get complicated when your bird hunt is interrupted by a vicious wild cat that wants to maul your damn face off.

That’s how it went down for a Virginia hunter who captured the Youtube clip above. While out hunting turkeys, he suddenly found himself in an intense stare-down with a seriously pissed-off bobcat.

Initially, the feral feline looks to be merely inspecting the guy who’s trampling around the cat’s turf.

But the dynamic shifts as the bobcat moves in closer to the camera, twitches its tail, and leaps on the two-legged interloper, sending the hunter fleeing for safety–quite possibly with a fresh load in his pants.

A full-grown bobcat tips the scales at just 30 to 40 pounds, so you might think that they’d have their work cut out for them if one were to attack a grown-ass man. However, these ill-tempered bastards have been known to kill animals as big as deer when they’re desperate for food.

Bottom line: you do not want to fuck with them. Here’s some more proof: