The former Taliban prisoner of war said he would never have gotten a fair trial. What do you think? 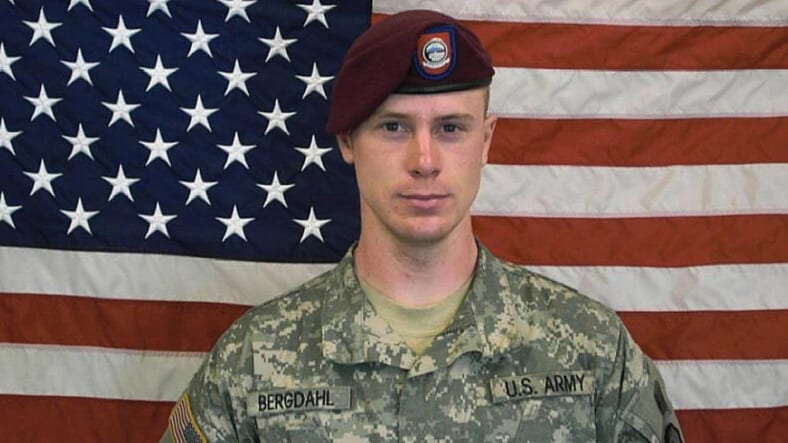 A U.S. Army sergeant who was held captive by the Taliban for five years in Afghanistan after leaving his combat post in 2009 has pleaded guilty to desertion and misbehavior before the enemy.

“I left my observation post on my own,” Sgt. Bowe Bergdahl told Judge Col. Jeffrey Nance at his hearing at North Carolina’s Fort Bragg. “I understand leaving was against the law.”

The now-31 year old’s actions lead to accusations that he endangered military personnel.

Evidence presented by prosecutors during pretrial hearings in June showed that U.S. servicemen were seriously injured during the manhunt for Bergdahl.

Now-retired Navy SEAL James Hatch told a judge in June how he was shot in the leg, shattering his femur, by an AK-47 round while looking for Bergdahl with other special operation troops.

Army Sgt. 1st Class Mark Allen was shot in the head during the search and lost part of his brain, the Post reports. He is paralyzed and partially mute because of the wound.

While Bergdahl acknowledged that his actions prompted the manhunt, he said he “had no intention of causing search and recovery operations.”

In an on-camera interview shot last year by a British filmmaker, obtained exclusively by ABC News and airing today on “World News Tonight With David Muir” and “Nightline,” Bergdahl says the words of the man who is now his commander in chief would have made a fair trial impossible.“We may as well go back to kangaroo courts and lynch mobs that got what they wanted,” Bergdahl says. “The people who want to hang me — you’re never going to convince those people.”Bergdahl, a 501st Parachute Infantry Regiment trooper, walked off his combat outpost in Afghanistan in June 2009 and was quickly captured by the Taliban.During his five years in captivity with the Haqqani Nnetwork — the same Taliban faction that held American Caitlan Coleman and her family hostage for five years until they were freed last Wednesday — he endured what one U.S. official called the worst case of prisoner abuse since the Vietnam War.He was released in 2014 in exchange for five Taliban prisoners at Guantanamo Bay — a deal that was harshly criticized on the campaign trail by then-candidate Trump, who called Bergdahl “garbage” and even suggested that he should have been summarily executed.“You know, in the old days — bing, bong,” Trump said as he mimicked firing a rifle. “When we were strong.”

Bergdahl’s sentencing is scheduled for October 23. The misbehavior charge carries a maximum penalty of life in prison, and the desertion charge is punishable by up to five years.