The Boy Scouts Are Changing Name to ‘Scouts BSA’, Invite Girls To Join

Some people are outraged. 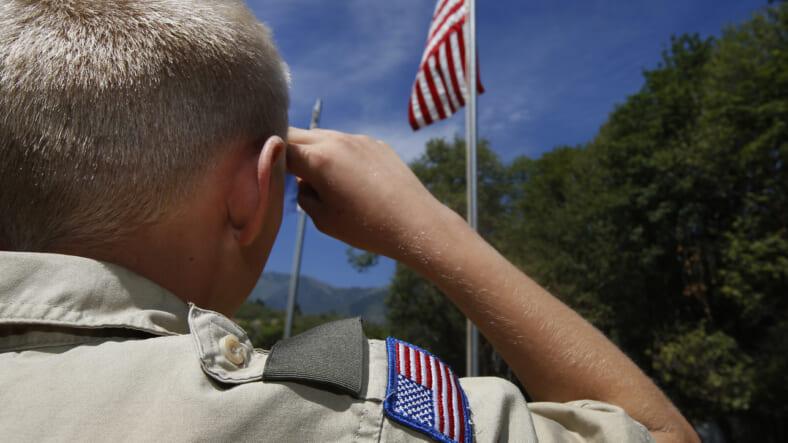 In February of 2019, the Boy Scouts will no longer be the Boy Scouts. Instead, they’ll be Scouts BSA, the new name given to the primary group of kids who participate in the beloved program.

The name change is a part of the group’s attempt to appeal to a broader base, namely little girls. “As we enter a new era for our organization, it is important that all youth can see themselves in Scouting in every way possible,” Chief Scout Executive Mike Surbaugh said. “That is why it is important that the name for our Scouting program for older youth remain consistent with the single name approach used for the Cub Scouts.”

The Boy Scouts of America organization is not changing its name. Neither is the Cub Scouts, which is for kids 7 to 10 years old. But the Boy Scouts, for ages 10 to 17, will no longer be gendered.

The changes are a part of a broader BSA initiative to be more inclusive and boast numbers, which have been on the decline, USA Today reports.

Boy Scouts of America claims almost 2.3 million members, down from 2.6 million five years ago. That includes Venturing and Sea Scouting programs, the latter allowing membership up to 21 years of age. In its peak years, Boy Scout of America had more than 4 million participants.

The decision to allow girls to join the Boy Scouts came in late 2017 after showed that parents had interest in including all of their children in the iconic program.

The announcement from BSA has already sparked a backlash from those who claim that Boy Scouts should be for boys and that name change is a sign of American decline.

Let the tragic self-destruction of the Boy Scouts be a lesson to us all. Begin surrendering to the Left, and they will not be satisfied until you are completely obliterated.

The Boy Scouts dropping the name “boy” after 108 years is weak. As a former D1 college athlete, who played multiple sports, I didn’t need PC inclusion to feel equal. When we raise the next generation of betas, don’t complain ladies.

Of course, others say that this name change is not that big of a deal, and it’s actually a smart way to reverse flagging membership and reinvigorate the organization.

Still, it might only be a matter of time before Eagle Scouts are going door to door selling cookies.

What do you think of the name change?