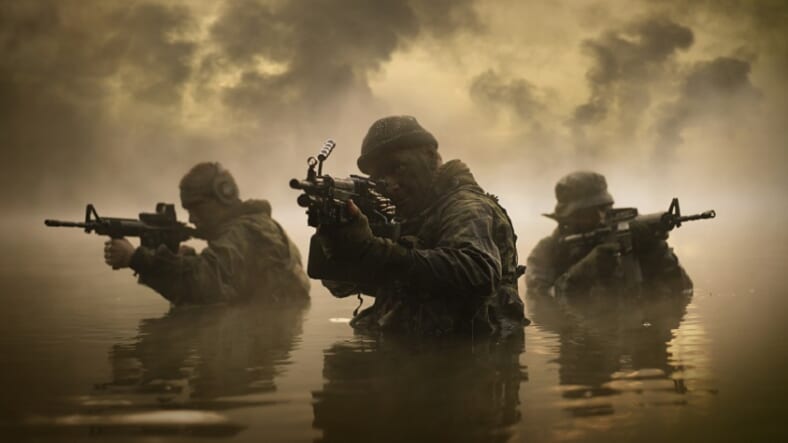 Ambushed by up to 50 jihadis in an ISIS attack in Mosul, Iraq, members of the British Special Air Service (SAS) ran out of ammunition. They decided there was only one way to go. When all was said and done one terrorist had been drowned and many others were dead at the wrong end of a bayonet.

The SAS is an elite British Army Unit comparable to the US Navy SEALs, and they’re often first in line to go head-to-head with terrorists. The Daily Star reports this unit was pulling out of an operation gathering intel near Mosul when the ISIS operatives attacked.

A battle ensued in the scrub around the Iraqi city and eventually the special ops soldiers realized they were out of bullets.

“They knew that if they were captured they would be tortured and decapitated,” a source told the tabloid, “Rather than die on their knees, they went for a soldier’s death and charged the IS fighters who were moving along the river bed. They were screaming and swearing as they set about the terrorists.”

Then it was warfare from over 100 years ago as wielding blades and bare knuckles, the British soldiers waded in on what they apparently assumed was a suicide mission.

ISIS wasn’t prepared. The SAS men proceeded to slash and beat their way through the hapless jihadists. One man beat an opponent with a rock then drowned him in mud, while another “killed three of the fighters by using his assault rifle as a club,” according to the Daily Star source.

At least 12 from the ISIS unit were dead when their comrades finally went into total retreat. The SAS men were wounded, some had been shot, but the Star reports the majority were back in the field just a couple of days later.

If someone had to learn the hard way that you never go hand-to-hand with any special forces operative, it couldn’t happen to a more appropriate enemy than a murderous psycho working for ISIS.