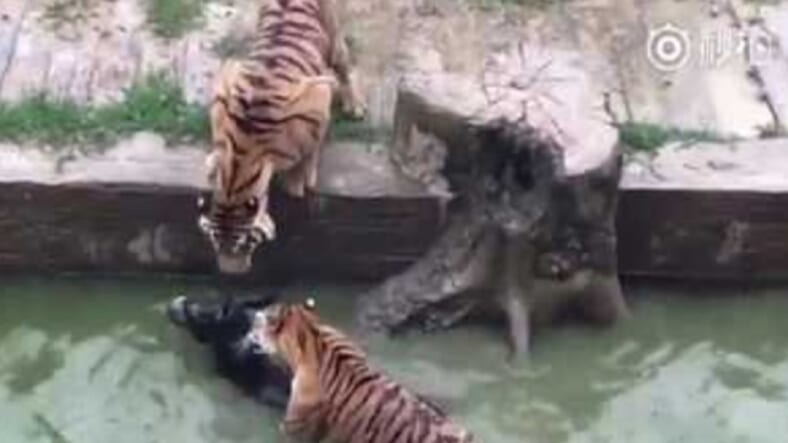 It turns out Chris Rock was right when he famously said you can’t blame a tiger for “going tiger.”  Just check out the viral video above of two tigers going absolutely ham on a live donkey that was dropped into their enclosure at a Chinese Zoo.

The video doesn’t just depict normal tiger feeding time. Shareholders in a zoo located in Changzhou, near Shanghai, were pretty pissed off. They’d made their investments in the facility in 2015, then received no returns after a lawsuit forced the zoo’s assets to be frozen.

Convinced that they were being cheated, the steamed shareholders decided that somehow giving the tigers at the zoo a damn donkey to eat was the best solution to feeding them. As the Guardian reported, one of the disgruntled shareholders said “at least we can save on animal feed.”

The Guardian also reported that while this wasn’t “sanctioned” by zoo managers and the shareholders were prevented from dropping another animal in, there are zoos in China where visitors can feed animals to tigers for “amusement.”

If nothing else, the tigers definitely do seem pretty pleased with the deal.