Should these devices be allowed or not? 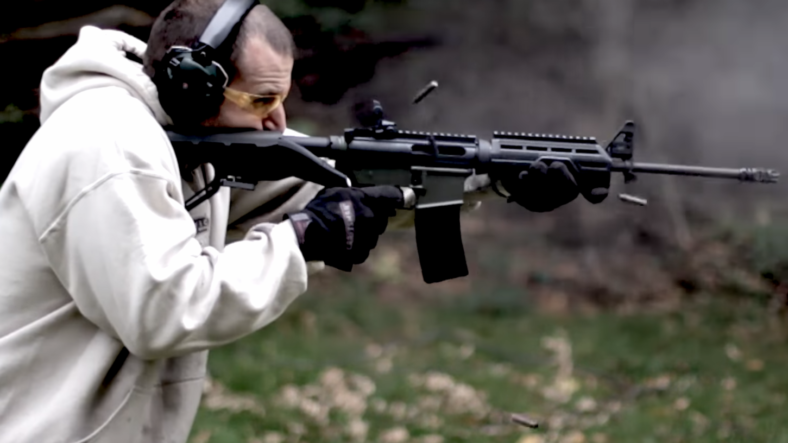 On semi-automatic assault rifles, which are typically capable of firing 120 rounds per minute, these mods allow shooters to fire up to 800 rounds per minute by using the “bump” from the rifle’s recoil to operate the trigger, rather than requiring the user to depress and release the trigger manually.

Bump stocks are simple pieces of equipment that replace the stock of a rifle and add a small “support step” in front of the trigger. The shooter rests his finger on this step and pulls forward on the barrel or forward grip to press the trigger against his finger. The recoil of the shot then propels the rifle backwards into a gap in stationary stock where the loose fit gives the rifle freedom to bounce forward. This, along with sustained forward pressure on the rifle, has the effect of ‘bumping’ the trigger back into the shooter’s unmoving finger. So long as a shooter maintains forward pressure, the rifle will continue to fire at a rate much faster than could be accomplished with even the quickest possible series of manual trigger pulls.

While bump stocks allow users to achieve rates of fire similar to that of banned fully automatic weapons, they’re available for purchase from gun parts retailers everywhere thanks to what some are calling a legal loophole.

Two of the main manufacturers of bump stocks—Bump Fire Systems and Slide Fire—have posted letters from the Federal Bureau of Alcohol, Tobacco, Firearms, and Explosives, which declare these devices as legal in large part because they “[have] no automatically functioning mechanical parts or springs and [perform] no automatic function when installed.”

Essentially, they’re legal because they don’t change the internal mechanisms of a firearm. But in the wake of the tragic Las Vegas shooting, that could change in the near future.