Caitlyn Jenner Jokes That She and Steven Tyler Are Releasing a Duet of ‘Dude Looks Like a Lady’, And the Internet is Predictably Outraged 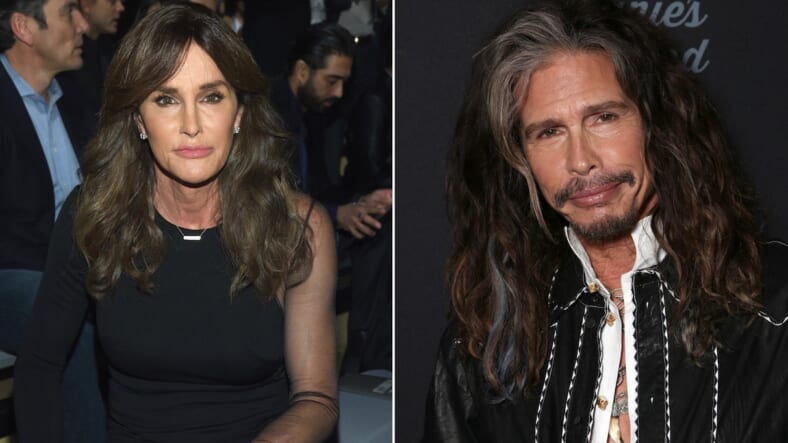 Following her 2015 coming-out interview with Diane Sawyer and ensuing Vanity Fair cover, Caitlyn Jenner was roundly hailed as a pioneer for the transgender community. That instant icon status soon wavered because of the longtime Republican’s political leanings.

But Jenner’s latest perceived offense—a joke many on the Internet have called transphobic—has drawn a fresh round of criticism aimed at the 67-year-old former Olympic hero and reality star.

Jenner recently shared a photo of her and Aerosmith rocker Steven Tyler on Instagram. Her jokey caption—that she and Steve Tyler are “working on our duet for Dude Looks Like a Lady'”—quickly invited a slew of predictably outraged responses.

“Please stop hurting the community that you claim to be a part of. You are saying incredibly dangerous things,” one commenter wrote.

“You ignorant twat, its people like you that make me fear transition. and you’re fucking trans yourself, do the community a favor and stop acting like you rep us. You are ruining us. GO AWAY!!!!” another seethed.

“Trans women have worked tirelessly for years to call out how dangerous the ‘dude in a dress’ trope is, as it has been used to argue that trans women aren’t ‘real women’ and therefore, at best don’t deserve protection against discrimination,” The Huffington Post opined.

The fallout harkens back to her tense interview on The Ellen Show, when she was roundly criticized for her lukewarm embrace of same-sex marriage.

Jenner told the host  that she did not initially support gay marriage. “I’m a traditionalist,” Jenner said. “I’m older than most people in the audience. I kind of like tradition, and it’s always been a man and a woman. I’m thinking, ‘I don’t quite get it.’”

Ellen Degeneres, who is married to actress Portia De Rossi, later took Jenner to task on The Howard Stern Show.

“I said, ‘You’re wanting people to understand and accept you — this is like, really confusing to people. And you still have a judgement about gay people and marriage,’” DeGeneres said. “She goes, ‘Well if the word marriage is that important.’ It is. That’s the word. We want the same thing.”

Meanwhile, at least other Instagram commenter rightly saw the “Dude Looks Like a Lady” caption as self-deprecating humor:

“People need to learn to take a joke,” said one. “Sit back and realize this is actually funny.”

Another Instagram user found humor in that Caitlyn and Steven look shockingly similar: “‘Dude looks like a lady…’ Which one?”