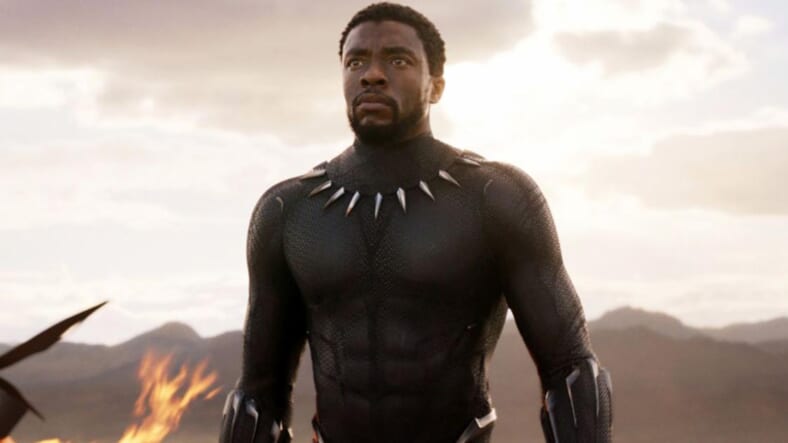 Actor Chadwick Boseman, best known for his instantly iconic portrayal of King T’Challa in Marvel’s Black Panther, died at his home in California on August 28, 2020. He succumbed to colon cancer. Boseman was just 43 years old.

His family announced the actor’s death via his Twitter feed.

A tribute fit for a King. #WakandaForever https://t.co/lpyzmnIVoP

This is an instance where calling them “likes” just seems wrong since Boseman’s death came as a terrible shock to fans and fellow actors alike. The millions of clicked hearts were acknowledgments of a tragedy.

In this tragedy, though, another story was brought to light—the hidden tale of Boseman’s bravery. He was diagnosed with colon cancer in 2016. From then till his death last week Boseman played T’Challa in Captain America: Civil War, Black Panther, Avengers: Infinity War and Avengers: Endgame, Thurgood Marshall in Marshall and leading roles in Da 5 Bloods and 21 Bridges.

That’s not his entire filmography by a long shot but to realize he took on so many leads with considerable physical demands while undergoing treatment for cancer is to understand the actor possessed an extraordinary amount of mental toughness and discipline.

On top of that, he was also a man of great empathy. On September 12, 2018, St. Jude Children’s Hospital tweeted the following:

It’s not every day that St. Jude gets a visit from an Avenger! Thank you @ChadwickBoseman for stopping by to bring joy to our patients and learn more about our lifesaving mission! ❤ 🎉 pic.twitter.com/7RwPO7qgPD

We are deeply saddened to hear of the passing of our friend Chadwick Boseman. Two years ago, Chadwick visited the St. Jude campus and brought with him not only toys for our patients but also joy, courage and inspiration. He was an incredible role model for our patients and children from all around the world. Our thoughts are with his family and friends at this time.

Celebrities who worked with Boseman—as well as those who admired his talent—took to social media to acknowledge his passing in an emotionally powerful wave of grief.

Chadwick came to the White House to work with kids when he was playing Jackie Robinson. You could tell right away that he was blessed. To be young, gifted, and Black; to use that power to give them heroes to look up to; to do it all while in pain – what a use of his years. https://t.co/KazXV1e7l7

I’m absolutely devastated. This is beyond heartbreaking.

Chadwick was special. A true original. He was a deeply committed and constantly curious artist. He had so much amazing work still left to create. I’m endlessly grateful for our friendship. Rest in power, King💙 pic.twitter.com/oBERXlw66Z

May you have a beautiful return, King. We will miss you so. pic.twitter.com/jdip3RHoXb

Heartbroken. My friend and fellow Bison Chadwick Boseman was brilliant, kind, learned, and humble. He left too early but his life made a difference. Sending my sincere condolences to his family. pic.twitter.com/C5xGkUi9oZ

Some, like LeBron James, went beyond words to address the loss.

There were far too many heartfelt messages from celebs to list in their entirety and the outpouring from fans was reflected in the number of likes on the death announcement.

Variety reports ABC will air Black Panther on Sunday night, August 30th. The broadcast will be commercial-free between 8 p.m. and 10:20 p.m. ET with the rest of the 10 p.m. hour filled by the ABC News special, Chadwick Boseman — A Tribute for a King.

One sentiment was repeated over and over again by everyone because with Chadwick Boseman, who imbued his T’Challa with such a striking mix of nobility, courage, and cool, it just seemed more appropriate than ever before: Rest in Power, King.