A new study reveals that most people think their partner is faithful, even when they’re not. 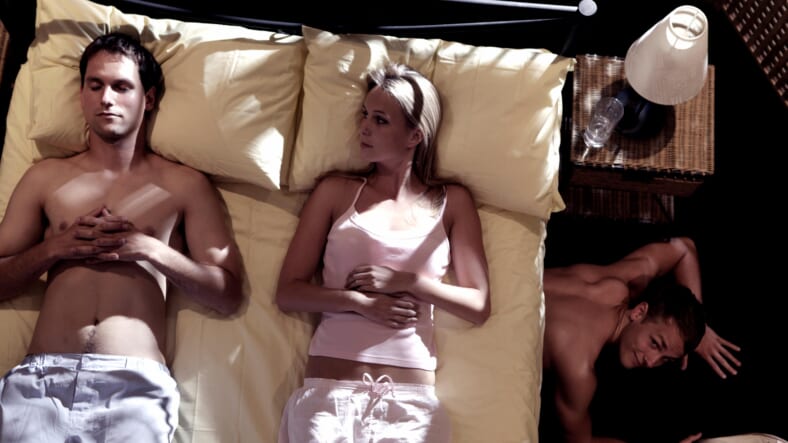 Serious relationships come with various ups and downs, such as fights over where in the living room to put the couch and why you left the toilet seat up again. But that’s all petty stuff compared to the real issue in exclusive relationships—which is cheating.

We already know that a lot of couples cheat on each other, but your girlfriend wouldn’t do that to you, right? Or is that what you think? Lucky for you, science has presented us with yet another study, this time to shed some light on this very important matter.

According to a new study published in the Journal of Social and Personal Relationships, people believe that nearly half of all couples in exclusive relationships cheat, but never their own partner. Oh, no. Never their own significant other.

The study surveyed nearly 200 people who had been in a committed relationship for an average of 22 months in order to identify their thoughts about cheating on their partner, and to assess how often they thought other couples cheated on each other.

Now, you might be thinking, “Why on earth would I talk to my girlfriend about what qualifies as cheating in our relationship?” But you should know that every individual has their own perception of what counts as infidelity, so it’s actually a good idea to talk about it.

Because while Mary might consider as little as a lingering glance as cheating, Susan might come home after screwing Greg from accounting in a hotel room, and crawl into bed next to her guy without a second thought.

Anyway, back to the study. The participants said that they believe an average person of the opposite sex has a 40 percent chance of cheating on their partner, but despite that, only 5 percent said they think their own partner would cheat on them. Think about it – that’s 95 percent saying they trust their boo completely.

But what really sucks is that 9 percent admitted to cheating, and that number is probably higher, considering most people won’t admit it. In fact, a past study revealed that 30 to 60 percent of married people cheat at some point in their marriage.

This comes to show that most people believe their partner is an angel and that their relationship is way better than other relationships, because love makes you blind to warning signs.

That said, if you’re in a relationship and you don’t think your girlfriend would ever cheat on you, it might be a good idea to check yourself before you wreck yourself. It’s for your own damn good.