Former Cheerleader to Plead Guilty to Trying to Join ISIS

The Mississippi State University sophomore attempted to travel to Syria. 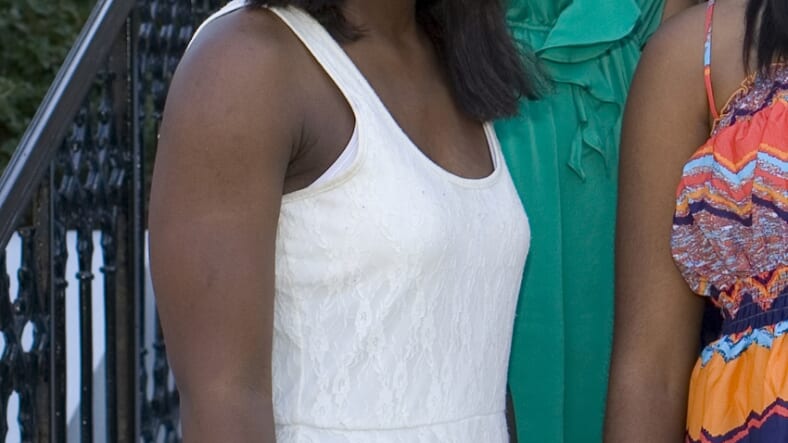 Following her fiancee Muhammad Dakhlalla’s lead, the Associated Press reports that Mississippi State University sophmore Jaelyn Young will plead guilty in federal court to charges she was part of a conspiracy to “provide material support to a terrorist organization.” The organization in question: ISIS.

Dakhlalla and Young were arrested in early August 2015 trying to board a flight to Istanbul in after they had d made efforts online to secure help in traveling to Syria. Investigators determined that throughout the radicalization process, Jaelyn Young led the way. From the AP:

Prosecutors have portrayed Young as the leader of the plot. They said that by the time Young began dating Dakhlalla in November 2014, she was already interested in converting to Islam. She announced her conversion in March and began wearing a burqa, a garment worn by some Muslim women to cover their face and body.”After her conversion, Young distanced herself from family and friends and felt spending time with non-Muslims would be a bad influence,” prosecutors wrote in a statement of facts regarding Dakhlalla’s plea.

Young allegedly reinforced her own radicalization through watching Islamic State videos, through which she began to perceive the jihadis “as liberators,” according to the AP.

In court papers, the prosecution said Young constantly prodded Dakhlalla about joining ISIS. Prosecutors also allege she “began to express hatred for the U.S. government and to express support for the implementation of Sharia law in the United States.”

The AP report indicates Young and Dakhlalla clearly had no idea they’d blundered into a trap, as they both left letters for family that fully acknowledged they had no intention of returning to the United States it Young had been the instigator all along.

Jaelyn Young could face two decades in prison and a quarter million dollars in fines.

Given how bad conditions in the Islamic State have reportedly become, it might be punishment enough to let the couple go to Syria after all—if there’s even anything left of ISIS once they get there.