This is the news we need right now. 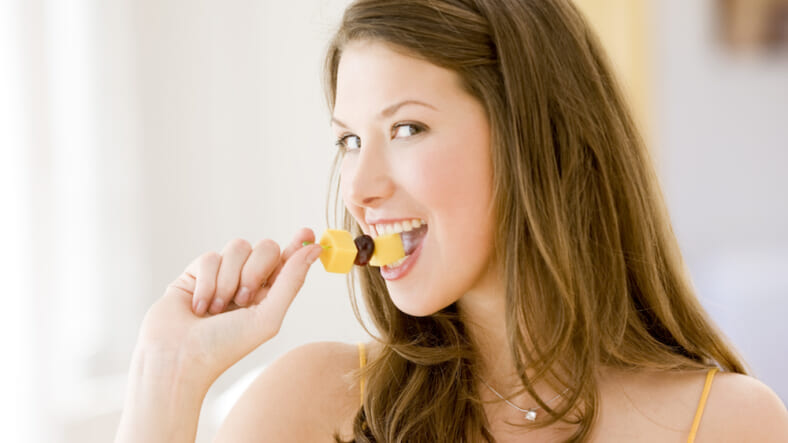 Cheese is as divisive as it is delicious. Anti-dairy truthers say its high content of saturated fat clogs the arteries and heart while the packets insist the stuff is good for our bones.

New research may deal a death blow to anti-cheesers everywhere. Published in the European Journal of Nutrition, it determined that people who consumed cheese had a 14% lower risk of developing coronary heart disease and a 10% lower chance of suffering a stroke.

In other words, cheese isn’t just delicious…it’s also totally good for you.

Researchers from the Netherlands and China brought together 15 observational studies that followed over 200,000 people for 10 years or more. All but one excluded people with pre-existing heart diseases.

The findings runs counter to what many would expect. Researchers believe the benefits of the calcium, protein and probiotics outweigh the potential hazards of saturated fat, which recent research has also found to be exaggerated.

That said, scarfing hunks of cheese is not always a good move. Researchers found that participants with the lowest risk for heart disease and strokes consumed just 40 grams a day on average. Lapping up pounds of cheese a day, which sounds delicious, would still bring on the negative consequences of eating too much fat.

“This is not the same as eating a big slice of cheesy pizza every day,” Dr. Allan Stewart, director of aortic surgery at Ichan School of Medicine at Mount Sinai Medical Center, told TIME. “On the upside, a bit of cheese on a cracker doesn’t sound unreasonable.”

Sounds good to us.