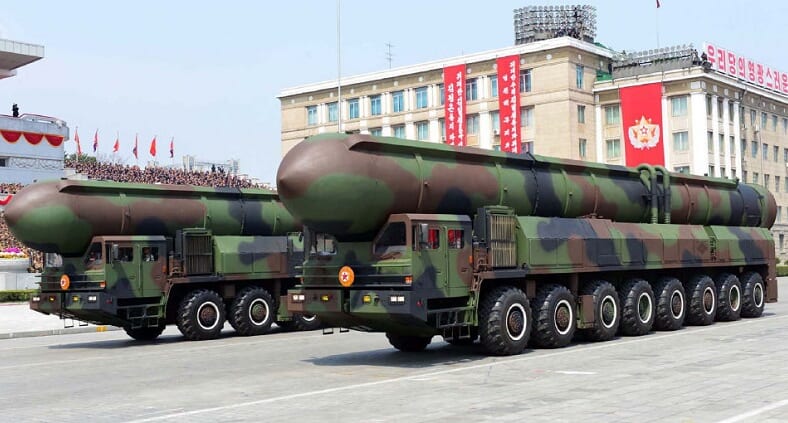 North Korea’s biggest “friend” on the international stage—if it even has one—is China. And it appears as though China just sent a big scary signal it thinks the hermit kingdom is in trouble and the eminently practical Chinese want out of the way. The Independent reports that China is ordering citizens out of the DPRK  “over fears that tensions between Pyongyang and Washington DC could escalate.”

In fact, Chinese nationals have been hearing calls to stay home since mid-April:

…[The] Chinese embassy in North Korea began advising Korean-Chinese residents to return to China last month, over fears the country’s military provocations could lead to retaliation from the US. According to Radio Free Asia, a US-based radio station that broadcasts to Asian countries, the embassy began sending the message to citizens ahead of the 85 anniversary of the Korean People’s Army last month.

Citing Korean news sources, the Independent quoted a Chinese national who said he’d been told to stay away from North Korea for an indefinite period of time. The unnamed man said China’s embassy in Pyongyang “has never given such a warning” itself and he was “was worried and left the country in a hurry.”

At the moment, if anything, China seems annoyed with both the United States and North Korea, and has even asked both nations to stop agitating each other with talk of war.

Kim Jong Un’s secretive and paranoid regime can’t really even get along with its giant northern neighbor much of the time anyway. Reuters reports that after calls within China to enact more nuclear sanctions, the DPRK issued an aggressive statement. “China,” read a statement from North Korea’s Central News Agency, “had better ponder over the grave consequences to be entailed by its reckless act of chopping down the pillar of the DPRK-China relations.”

When the most powerful nation on Earth is sending clear signals that it won’t shy from an armed conflict, it seems like a bad idea to further alienate one of the only powerful nations willing to cut you any slack.

But Kim Jong Un, who has executed generals with anti-aircraft fire, hasn’t maintained his position as dear leader by being reasonable.

Hopefully, things won’t have to get worse before they improve on the Korean peninsula.