Chris Brown Allegedly Pulled a Gun On This Beauty Queen 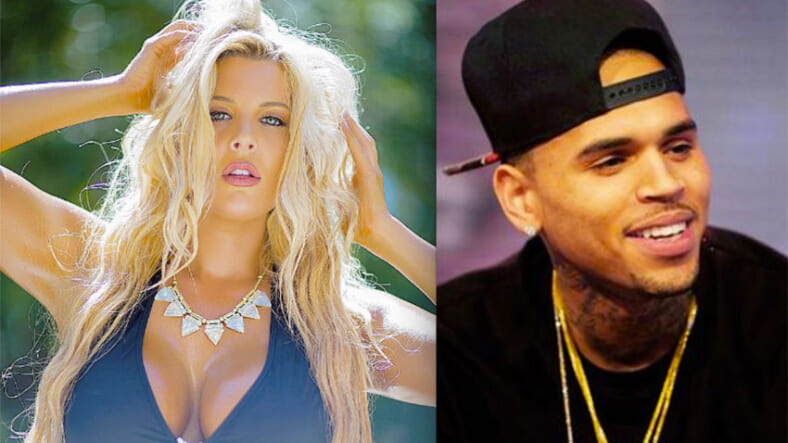 Chris Brown—who by now is at least as well-known for being in various kinds of legal trouble as he is for his chart-topping music career—is in trouble yet again. And this time it may be more serious than usual.

Los Angeles police were called to Brown’s gated estate in Tarzana on Tuesday when a woman named Baylee Curran called 911 and stated that Brown had pulled a gun on her.

TMZ reports that Curran, an actress and former Miss California Regional winner who has partied with Brown before, took a friend to visit the singer and have some quality time in his hot tub. Curran reportedly went back inside Brown’s residence a little later and things got weird:

[A] member of Chris’ crew was displaying a piece of jewelry. Baylee says when she admired it the guy went nuts, and then Chris followed suit by demanding she “get the f*** out” and pointed a gun at her.The craziest part … as she tried to leave she says Chris’ people wouldn’t let her take her cell phone until she signed a non-disclosure agreement. She refused to sign, and she and her friend left.

TMZ broke the story of a showdown occurring at Brown’s residence early Tuesday morning. After police arrived, Brown reportedly hurled a duffel bag out a window and taunted the cops.

Then the hotheaded singer took to his own Instagram account and posted a series of rambling, ranting videos about what was going on. Here are events in Brown’s own words:

Curran told TMZ that partying with Brown in the past had been a pretty chill affair, but—as may be evident in his videos—this time he definitely seemed off, as if he was drunk or high.

Makes sense, as the LAPD also reportedly found weapons and unidentified drugs during a search of Brown’s home on Tuesday. But the standoff at Brown’s abode was nearly over following the arrival of his high-powered attorney, Mark Geragos.

This is hardly the first time Brown has ran afoul of the law. Here’s a quick summary by NBC News to get you up to speed:

The Grammy-winning artist has been a lighting rod for trouble. His most notable arrest took place in 2009 for assaulting then-girlfriend Rihanna following a pre-Grammy party.

He pleaded guilty to felony assault and was sentenced that year to five years’ probation and six months of community labor. He had issues complying with the terms of probation in that case, but has since completed that probation in Los Angeles County.

Since then, he has also dealt with a fraud complaint against him in the Philippines last summer for allegedly canceling a New Year’s Eve concert and was the subject of a potential battery investigation against a model in Las Vegas in January. She claimed that he hit her and took her cellphone, but police never pursued charges.