The hits don’t stop with this guy. 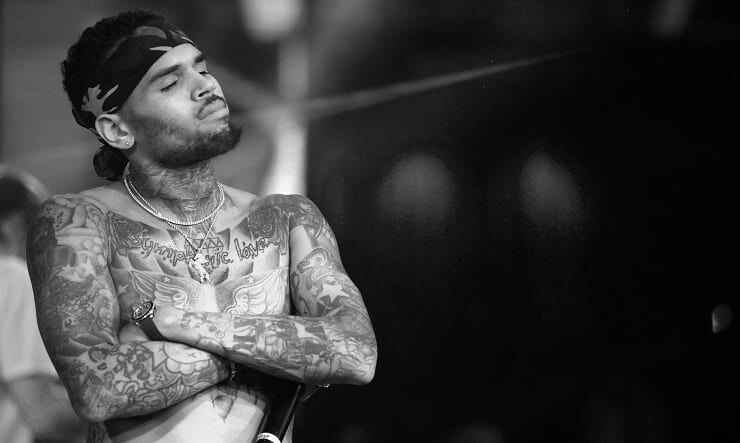 In a turn of events that will surely shock anyone who’s been living in a cave and has never heard of Chris Brown, the singer has been accused of assaulting a woman.

Brown, who recently went on a tear with a pre-Christmas Twitter rant demanding “respect as an entertainer,” is suspected by Las Vegas police of punching a woman on Saturday morning, according to reports published by TMZ and the Daily News.

According to the Daily News Brown was in Vegas after performing on New Year’s Day. TMZ reported that the woman “was at a private party in Brown’s suite at the Palms Hotel in Vegas early Saturday morning.”

The victim alleges everything went south when she took a cellphone photo of Brown, apparently having smuggled the phone past his security. The singer—who began developing his rep as an abuser when he was arrested for beating his girlfriend at the time, Rihanna—then went off and allegedly punched her in the eye. The woman didn’t call Vegas PD until after she’d left Brown’s party.

Las Vegas authorities are keeping further information close to the vest about any investigation into Brown.

People have leveled accusations against celebrities to achieve their own micro-fame in the past, but with Chris Brown, the deck is stacked heavily against him because he has a very public history of violence against women. After all, Australia and New Zealand were so wary of Brown’s violent past they canceled his tour and refused to give him a visa. It’s too easy to believe this is just more smoke from the smoldering tire fire that is Brown’s public life.

As for the singer, if his Twitter feed is any indication, he’s acting as if nothing happened.