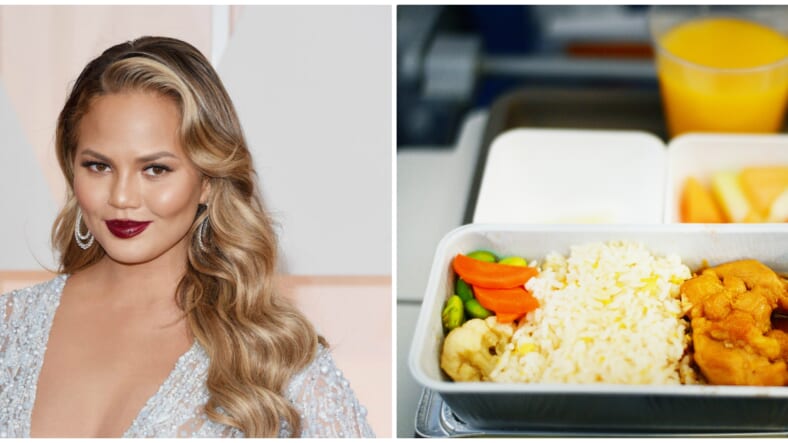 If there’s one universal truth about commercial airlines, it’s that the food sucks. Dry chicken, crusty rice, and a sad, rubbery piece of broccoli isn’t exactly the most appetizing thing to eat at 35,000 feet.

Chrissy Teigen, model and connoisseur of delicious food, knows damn well how bad it can be, even in first class. After a recent Delta flight, she called out the airline for an “atrocious” meal of avocado toast topped with shrimp, tomatoes, and capers.

I will never ever take flying first class for granted but this is atrocious pic.twitter.com/fbQPgwy4oP

She explained her reasoning for this dish being such a monstrosity:

And then she had a brilliant idea: Curate her own airline menu and make food that doesn’t suck and is actually enjoyable to eat.

this seems like a good time for me to share my dream of curating an airline menu.

Obviously, Delta loved the idea, and tweeted back:

Would love to show you around our kitchen. Let’s chat. https://t.co/gUoUP1XO6A

I’m looking forward to those gooey biscoff brownies, so hopefully this actually happens.