“It was horrifying trying to put her in the toilet.” 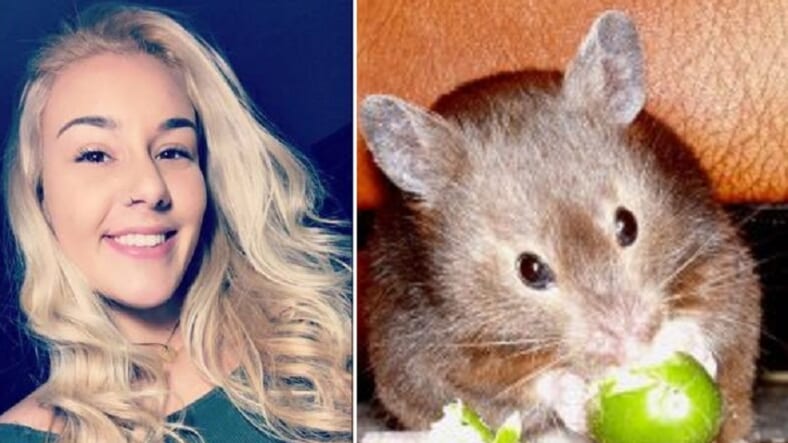 In late November 2017 college volleyball player Belen Aldecosea was preparing to fly from Baltimore to Florida. She wasn’t going to fly alone—her emotional support hamster, Pebbles, would be along for the ride.

Or at least Aldecosea hoped so. That’s why she reportedly says she called Spirit Airlines at least two times to make sure it was okay to bring Pebbles on board. And the air carrier said it was.

In January, when an artist was denied permission to bring her emotional support peacock on a flight to L.A., she just had to make other arrangements. Aldecosea, however, arrived for her flight only to have a Spirit employee inform her she could not, after all, bring the hamster with her.

She was, reports the Miami Herald, in crisis. She said she tried to rent a car, but could not. Aldecosea also told the paper a Spirit staffer then suggested she flush Pebbles.

Pebbles “was scared,” Aldecosea told the Herald, “I was scared. It was horrifying trying to put her in the toilet.”

Aldecosea also said she was so emotional that she sat in the bathroom stall and cried for ten minutes.

This traumatic event has prompted Aldecosea to consider suing Spirit Airlines. She may actually have a case; Spirit, the Herald reports, admitted the student was misinformed when she called—the airline does not permit even adorable little hamsters on their planes.

The airline disagrees, however, with Aldecosea’s claim an employee told her to flush her pet.

To be clear, at no point did any of our agents suggest this guest (or any other for that matter) should flush or otherwise injure an animal.

It can be hard to take such stories seriously, but as the Herald reports, Aldecosea needed Pebbles—she’d transferred to a new university where she knew no one, and she’d had a cancer scare. Her doctor was convinced as well, providing her with a letter affirming she could use the help.

Social media responses also indicate many people have a bigger problem with Aldecosea than they do with Spirit. Just one example is enough to get a feel for these reactions.

If this story is sad enough to prompt a need for an emotional support animal, definitely make special arrangements when you travel.