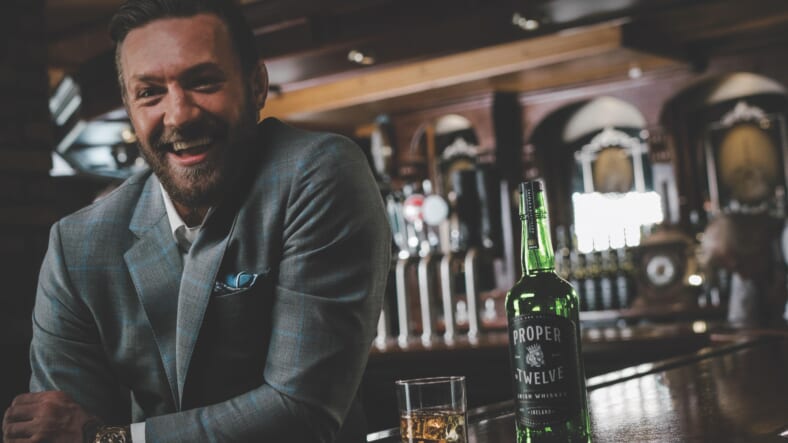 Conor McGregor’s ability to hold a grudge just reached epic proportions. Not with another UFC fighter, however — but with Des Keogh, the 50-year-old pub customer McGregor attacked at the Marble Arch bar in 2019.

The Daily Mail reports The Notorious One bought the Dublin pub for the equivalent of almost $3 million USD and promptly banned Keogh from the establishment.

McGregor was in the middle of promoting his Proper No. Twelve on April 6, 2019 and when he offered a round of shots to bar customers, Keogh wasn’t interested. McGregor was offended and attacked the older man before he was pulled away.

McGregor, who has behaved unpredictably with fans, to say the least, could not deny the allegation — his assault was captured on security video. He apologized for the assault and paid a fine that equaled almost $1,200 in American dollars, admitting in court that he’d done the deed.

To be fair to McGregor, he is in part apparently just expanding his property ownership, as Marble Arch is actually his second purchase in the area, but he did not hesitate to make sure Keogh wouldn’t darken his door with his whiskey-refusing rudeness ever again.

He tweeted as much, quoting a tweet linking to the paywalled article about his pub buy:

Ye and your mans barred https://t.co/aVM5mcIA3F

He also indicated, maybe in a joking way, that he wasn’t done buying up interesting properties, later tweeting this:

Hey guys, I’m thinking about buying Manchester United!
What do you think?

Admittedly, the Irishman might have been trying to tweak English fans, as Manchester United is easily one of the most visible pro soccer teams around the world.

But if McGregor really is a guy who will apologize and pay a fine only so he can later ensure someone who pissed him off enough to start a bar fight never goes to that bar again, who knows what he’ll do?

We’ll find out if The Notorious One is truly moving toward being done with fighting and ready to just sit around being a wealthy MMA gadfly when he meets Dustin Poirier at UFC 264 on July 10, 2021 in Vegas.