Earth Will Be Destroyed On April 23 Because of a ‘Death Planet’, According to Conspiracy Theorists 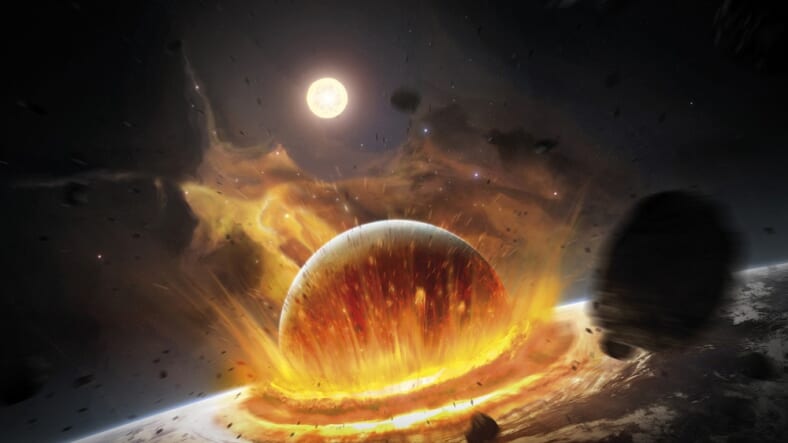 In case you were disappointed the world didn’t end on September 23, 2017, buck up! Now it’s supposed to end on April 23. So, we’ve all got ten days. Give up your diet, drink like crazy, shoplift candy, it’s the end.

Surprise, surprise, this pronouncement comes from the guy who made the last pronouncement. David Meade first gave the September date. That didn’t work, so he said it would happen in October.

We were all still here when October ended, so Meade went back to the drawing board. And soon enough, as the Express reports, the prophet pulled the new date out of his bible.

Meade’s prediction has a little more nuance than it first seems. According to him, Planet X (aka Nibiru) shows up on the 23rd. It actually passes the Earth in October. Then the biblical Rapture begins with pretty much every volcano on the planet erupting, earthquakes, and bad traffic.

Live Science reports that honor belonged to preacher William Miller, who managed to sucker his followers into believing the world was ending on April 23, 1843. Obviously he was wrong, so he re-schedule the end for October 1844. That was a flop as well, and went down in history as The Great Disappointment.

The NASA scientist who debunked the last prediction has been debunking nonsense for years. His video taking down the 2012 doomsday craze is a little academic, but it applies here, too.

It’s not happening. It would be too convenient, for one thing. Think of all the bills you wouldn’t have to pay.

But just in case it does, go ahead and stock the bar.