There’s no connection between the Mexican beer and the Coronavirus outbreak, but that hasn’t stopped people freaking out about it. 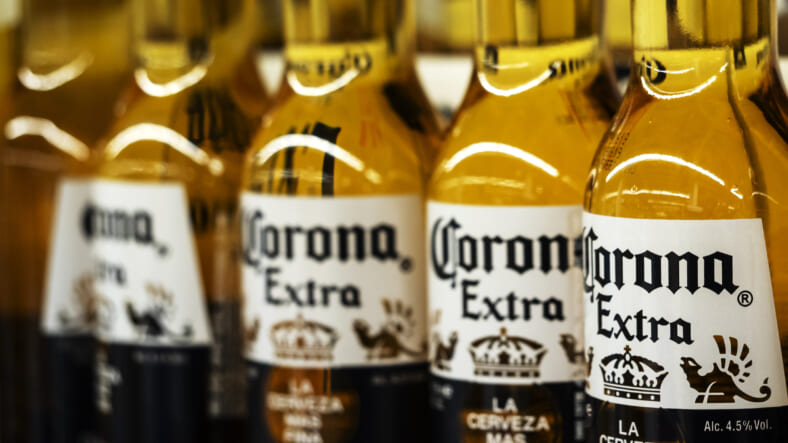 Some American beer drinkers are allegedly avoiding Corona beer amid the deadly coronavirus outbreak–at least according to a controversial new survey.

38 percent of beer drinkers surveyed reportedly insisted they would not, under any circumstances, buy Corona as the highly-publicized virus spreads across the globe, according to the survey conducted by 5W Public Relations, via the New York Post.

“There is no question that Corona beer is suffering because of the coronavirus,” Ronn Torossian, founder of 5WPR, said in a press release. “Could one imagine walking into a bar and saying ‘Hey, can I have a Corona?’ or ‘Pass me a Corona.’”

The survey also claimed that 14 percent of respondents who said they regularly consume Corona beer said they would not order the beverage in public.

The Atlantic criticized the 5W PR survey, which briefly trended on Twitter, calling its findings “manufactured” after the attention-grabbing survey was reported by several news outlets:

The original press release from 5WPR notes that in a survey of 737 beer-drinking Americans, 38 percent said they “would not buy Corona under any circumstances now.”

By presenting this finding in the context of other questions that are explicitly about the coronavirus, the press release creates the impression that Americans’ reluctance to drink the beer is due to the coronavirus.

But this connection is manufactured, and Torossian is ignoring far more mundane reasons Americans might not buy a Corona, including that they don’t like the taste. Of those Americans who did report regularly drinking Corona, only 4 percent said they would now stop drinking the beer.

So while everyone should be washing their hands frequently and taking all the precautions suggested by the CDC to avoid contracting Coronavirus, it looks like we can all continue to drink as much Corona beer as we want.

“There’s a lot of misinformation being shared across the media that doesn’t match consumer behavior,” said Maggie Bowman.