He said it was a joke, but the judge didn’t think it was very funny. 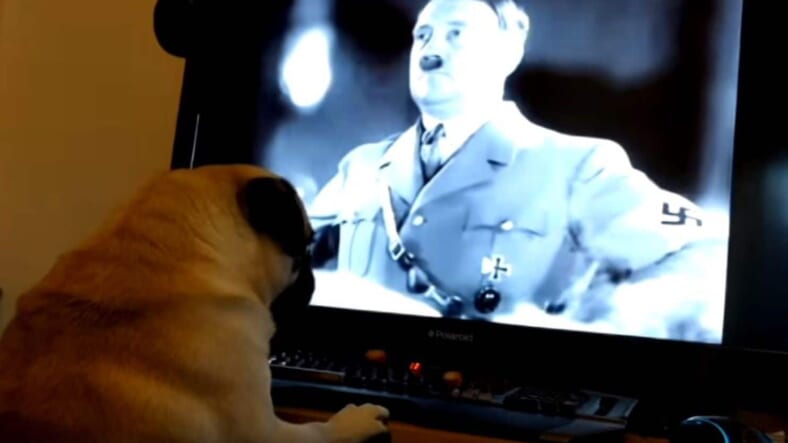 It was just a joke.

That is Mark Meechan’s defense for teaching his girlfriend’s pug how to do a Nazi salute. And the judge who heard that defense didn’t buy it.

This week, Meechan was convicted of a hate crime in Scotland for teaching the dog to respond to commands such as “gas the Jews” and “sieg heil” by raising his paw. Meechan uploaded a video of the dog to YouTube, where he goes by Count Dankula, and it racked up more than three million views.

The 30-year-old Scotland resident was arrested after the video, which he put online two years ago, received complaints. And despite his defense, he was found by a judge to have posted a video that was “anti-Semitic and racist in nature.”

“The accused is quite obviously an intelligent and articulate man,” O’Carroll added. “The accused knew that the material was offensive and knew why it was offensive. Despite that the accused made a video containing anti-Semitic content and he would have known it was grossly offensive to many Jewish people.”

Meechan, who will be sentenced next month, said the ruling marked a “very dark day in regards to freedom of speech and freedom of expression.”

“For any comedians in Britain, be very, very worried about making jokes in future because the context and intent behind them apparently don’t matter any more,” he said.

Some high profile comedians, including Ricky Gervais, have spoke out on Meechan’s behalf.

Count Dankula just got convicted of being "Grossly Offensive" in Scotland. He could face six months in prison over a video of a dog raising it's paw. So, Scotland is officially a joke of a country.