Let this be a warning to all the creepy clowns out there. 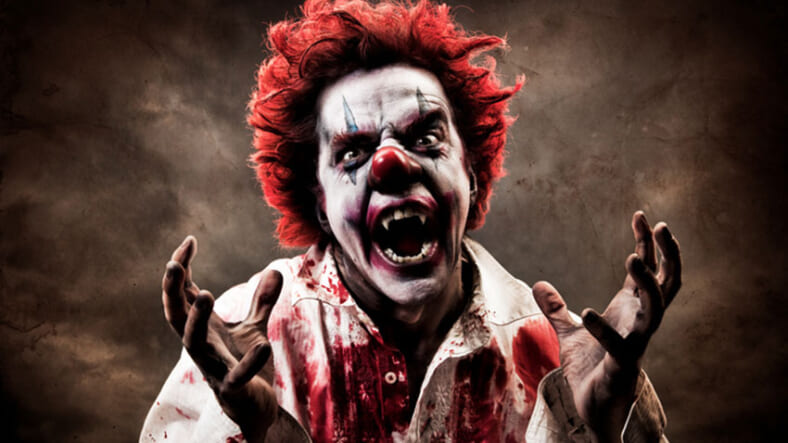 Clown hysteria has gone worldwide. That’s bad enough, but up till now it’s only taken a few casualties, including the public’s supposed goodwill toward Ronald McDonald. Insane Clown Posse’s Violent J has spoken out about it. No less than clown horror godfather Stephen King has addressed the issue. Now, from Cambodia, comes this tragic tale. It begins with a clown and ends with a land mine.

The U.K. tabloid Mirror cites The Times of Cambodia in reporting on an incident that allegedly occurred in Samraong in the northwestern part of the country. A 25-year-old American student reportedly visiting relatives there made the mistake of donning a creepy clown mask. Things went horribly downhill from there:

[A] police captain said: “A group of men came out of their houses and gave chase to the man wearing the mask.“They didn’t want to hurt him, but they wanted to find out who it was and make him apologise to the people he’d scared.“But according to the police, they stopped chasing him when they got to the nearby jungle and shouted warnings about the dangers in the area.And the captain added: “But he just kept running, and moments later their worst fears were realised when an explosion rang out.”

Cambodia has been at war for decades and is riddled with landmines—they are a real, daily danger there, and the country has thousands of amputees bearing witness to their toll. The unnamed man whose clown mask prompted his unfortunate flight apparently didn’t make it out merely maimed.

It might be easy to take this tragic story with a grain of salt due to its vagueness and the sketchy, tabloid source. However even as weird reports of lurking clown-masked strangers have receded a little from U.S. news, there have been reports of floppy-shoed, rubber-nosed menacing in Germany and bans in towns and school systems on clown costumes.

Either way, have a safe and fun Halloween.