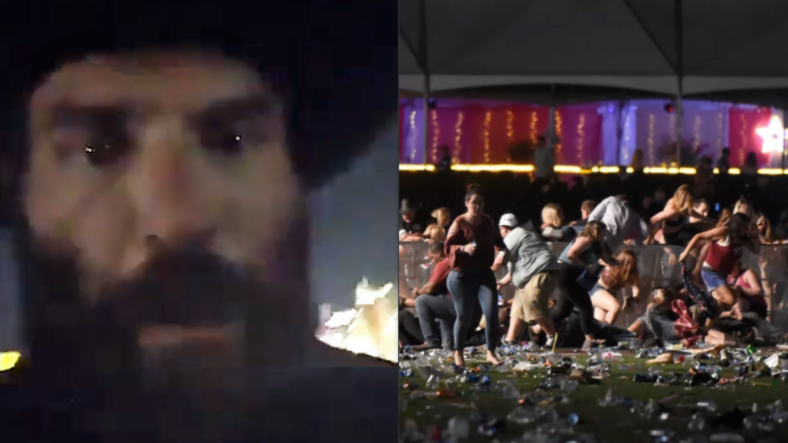 Dan Bilzerian says he went to get a gun after seeing a girl get 'shot in the head' at Mandalay Bay Las Vegas shooting pic.twitter.com/EyiEWqlOdo

Dan Bilzerian was one of many celebrities who swiftly responded to Sunday night’s horrific mass shooting at a Las Vegas country music festival.

In two Snapchat videos uploaded to Twitter, the “King of Instagram” can be seen sprinting with the Las Vegas Strip in the background.

“Holy fuck this girl just got shot in the fucking head,” he says. “So fucking crazy.”

In the second clip, the former Navy Seal trainee said he’d gone home to “grab a gun” before heading back to the scene.

“So I had to go grab a gun, I’m fucking heading back. So crazy, some kind of mass shooting. Guy had a heavy caliber weapon for sure.”

Bilzerian also gave a graphic description of the woman he’d seen gshot in the head.

The social media star didn’t use his firearm, but he was spotted on the news working alongside authorities.

With hundreds of victims hospitalized and a rising death toll, the sheriff has asked those in the Las Vegas area to donate blood.

This. Is. Vegas.
This is our community.
These are our people.
Thank you to everyone here donating.#PrayForVegas #VegasShooting pic.twitter.com/wn5RA5jVLX

Facebook has set up a crisis response page to help people determine whether loved ones are safe.