“F*ck you, Jason Aldean. Stay out of Vegas.” 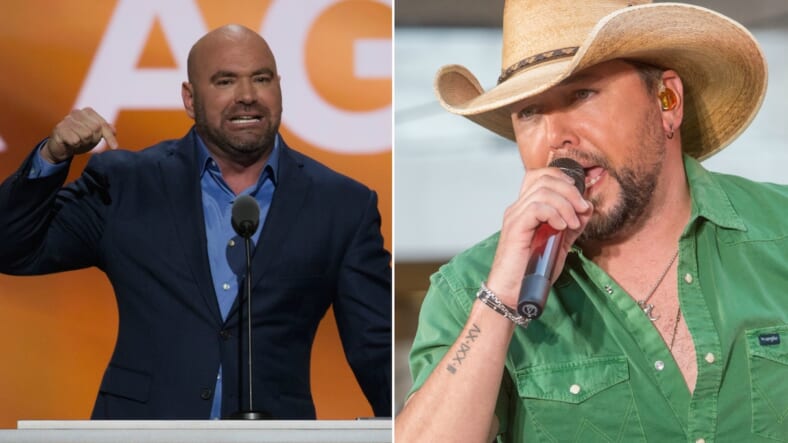 UFC President Dana White isn’t making Jason Aldean out to be a hero after the mass shooting at his Las Vegas concert left 58 killed.

Instead, the UFC president slammed Aldean, claiming the country music star turned down a chance to perform for survivors and first responders at UFC 216 to perform on Saturday Night Live instead.

“His image was more important than coming back to Vegas and playing for the people who are his fans and who got shot watching him play,” White said.

White told TMZ Sports that Aldean’s team said he was too shaken up to perform. Anyone who tuned into the recent SNL knows that wasn’t the case.

“Fuck you, Jason Aldean. Stay out of Vegas.”

His consternation wasn’t limited to Aldean. White added that he reached out to several other prominent country music singers, but none took the bait.

“Those are people who buy your albums and none of you country music people could sing the anthem in front of survivors and 1st responders?”

“This isn’t about money,” White said. “This is about the badass people who fought through this shit that this coward (shooter) did.”

Aldean has yet to respond… nor has rapper Everlast who is probably just now learning he was the last resort to perform at UFC 216.