The Danger From North Korea’s New ICBM Is Real, And Here’s Why

The Hwasong-15 missile could definitely make it to the United States. 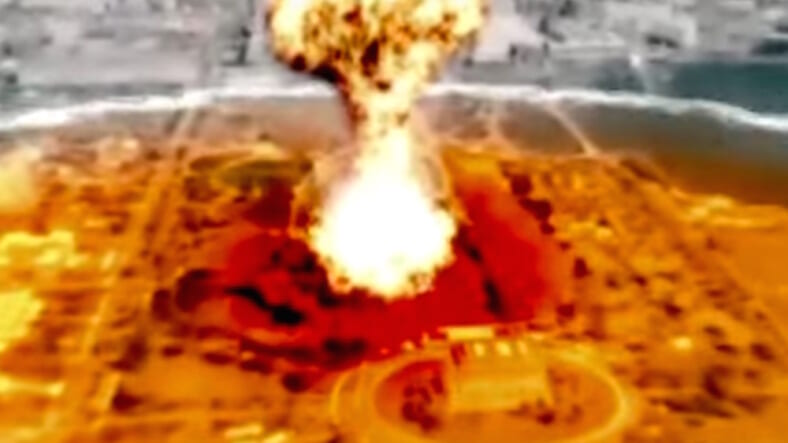 In bar fight terms, North Korea is the little guy who talks a lot of smack who may or may not be crazy enough to cut you if you get into it. That’s why the United States and other western countries take them seriously—they could get loco in a heartbeat.

So the Hermit Kingdom’s recent test of a long-range missile is a big deal, and has further tightened the screw on nuclear tensions worldwide. Unfortunately—as Uproxx explains—there’s some truth to the communist dictatorship’s claim that the missile, the Hwasong-15, is a potentially formidable weapon.

Theoretically, the Hwason-15 definitely has long range ability and can support a larger payload—meaning there’s less need to miniaturize a nuclear payload if North Korea wants to pull that trigger. But as Uproxx notes, it’s much more of a threat to the region around it than to western countries.

After all, the United States would have time to respond to the launch due to the distance, and the U.S. nuclear arsenal is the most dangerous on Earth. There’s a strong likelihood that an attempt to start a nuclear war would see North Korea completely obliterated within a few hours of the first launch.

Uproxx pins down why the Hwasong-15 is still worrisome:

The main point of concern is that North Korea seems to be advancing more quickly than anybody thought: The Hwasong-15 is simply much more advanced. It’s hardly the perfect nuclear missile, of course, but North Korea has substantially upgraded its capabilities. Whether it did so natively, as it claims, or whether it had help, is an open question. But in the end it doesn’t matter. They’ve got a missile. But they’re incredibly unlikely to use it.

North Korea’s rapid advancement alone is enough to give China, Russia, and the U.S. pause. After all, China might be the superpower tasked with providing early on-the-ground deterrence to hold back North Korea’s wildest intentions, which puts it in a very uncomfortable position in general, given it’s already the 800-lb gorilla in Asia’s living room, most likely to take over any country if it sees the need.

There’s also the factor of the United States and Russia having different views of the situation—Russia has already accused the US of making it a point to antagonize Kim Jong Un.

Most nations with nuclear capability might be willing to rattle that saber if needed, but the fact is the real possibility of nuclear annihilation is its own best deterrent, and it always has been. So there’s that.