The 14-year-old mini mogul did something good. 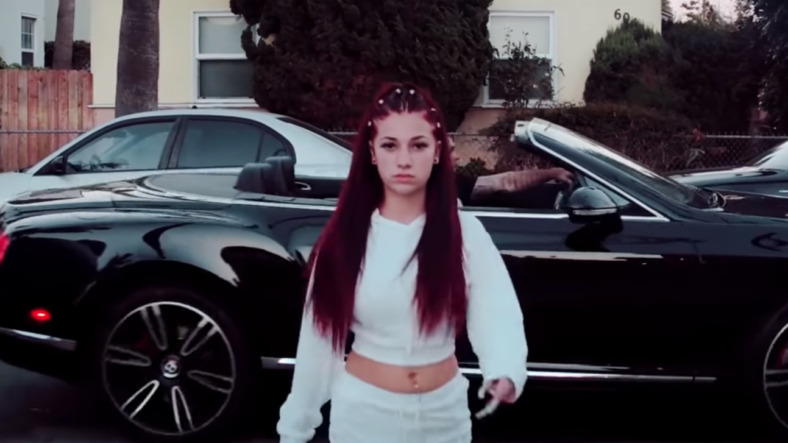 A little over a year ago, the world was introduced to the “Cash Me Ousside” girl, a trouble-making teenager whose habit of stealing her mother’s credit cards landed her in the hot seat on Dr. Phil. A catchy (if poorly spelled) phrase—and a human meme—were born almost instantly.

Now, Danielle Bregoli has reconciled her past transgressions by giving her mom a generous Christmas present. The moment was captured in the Instagram video below:

“Merry Christmas, bitch,” she says with typical sass before her mom’s eyes well up in astonishment at her daughter’s gift.

An attached photo shows a check for $65,271 laying atop a handwritten card that reads, “Thanks for everything. Use this for whenever you want to pay off the house.”

The 14-year-old brilliantly spun what should have been 15 minutes of internet fame into a full-fledged brand.

In the months after her TV debut, she began making tens of thousands off paid Instagram posts as her follower count climbed.

Paid private appearances followed. TMZ reports that she made up to $40,000 a pop. Rumors that her own reality show was in the works also began circulating.

But it was Bregoli’s debut rap track, released under the moniker “Bhad Bhabie,” that cemented her stardom. The “These Heaux” music video racked up millions of views in days.

Its slick production and stupendous virality caught the attention of Atlantic Records—an industry giant that’s repped everyone from Led Zeppelin to Wiz Khalifa and Bruno Mars. Less than two weeks after the video dropped, she had inked a multi-album deal worth millions.

It’s anyone’s guess as to what the future holds for the “Cash Me Ousside” girl. If the past is any indicator, she and her fans are in for a helluva ride.