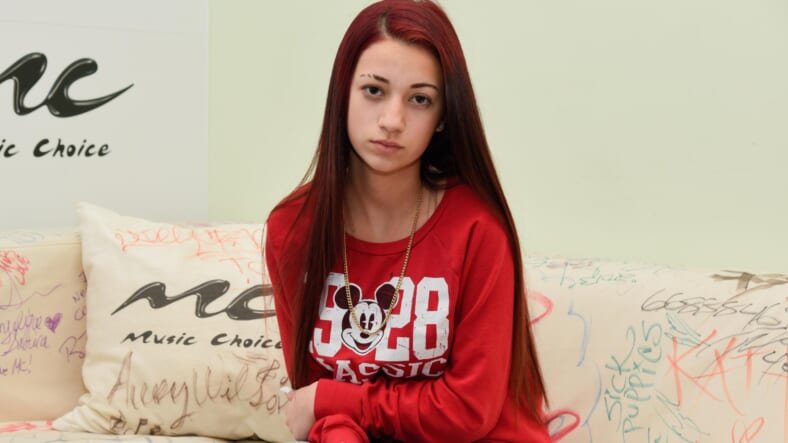 The “Cash Me Ousside” girl has officially copped to her first criminal charges.

On different occasions last year, Danielle was accused of stealing her mother’s purse, her mother’s car and falsely reporting to police that her mother was using heroin by spreading powdered sugar on a bathroom counter and describing it to cops, according to WSB-TV in Atlanta. This year, Bregoli was found in a car with marijuana.

Her father asked the judge to restrict his daughter’s internet access. The judge denied the request.

“My daughter is being exploited,” Peskowitz said after court, adding that he feared Danielle was being groomed for a career in pornography by people who want to cash in on her bizarre celebrity.

Additionally, her nationwide summer tour of lip syncing and insulting audiences has been postponed indefinitely.

Hopefully none of this gets any worse before she’s due back in court next month.