Trolling meets high finance and the only losers are Wall Street hedge funders. 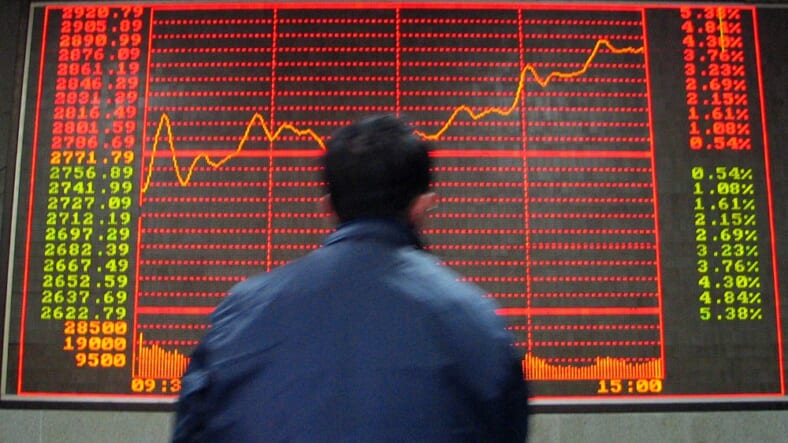 If you’ve seen a weird rise in mentions of GameStop, its trading moniker $GME or the hashtag #GameStonk and wondered just what the hell that was about, here’s what happened in a nutshell: Redditors day-trading on the r/WallStreetBets subreddit saw that hedge funds were shorting GameStop, a trading method which basically relies on tanking the stock.

I found a pretty easy to understand explanation for anyone who's interested. It was absolutely mad to see unfold from the first reddit post on WSB. pic.twitter.com/mKLhoTXsNu

These intrepid redditors teamed up to take on the hedge fund guys and bought GameStop stock en masse. This drove up the stock price and siphoned billions of dollars from the hedge funders’ pockets.

The internet has been used to prognosticate about stocks for decades, but there’s never been anything quite like the Reddit community called r/wallstreetbets, also known as WSB.WSB takes something of an internet extremist’s approach to investing. Its slogan is “Like 4chan found a Bloomberg Terminal,” alluding to the fringe message board and the Bloomberg computer system that is nearly ubiquitous in finance.Amateur investors on WSB have discussed GameStop (which they refer to by its stock ticker abbreviation, GME) for years, but things changed early this year. As the price of the shares rose, more WSB posters jumped on board. “100% of my portfolio on GME because of you idiots,” a person posted Jan. 10. On Wednesday, the people who run WSB temporarily made the community private and said they were “experiencing technical difficulties based on unprecedented scale as a result of the newfound interest in WSB.”

There are plenty of explainers out there about this, but what about the memes?

They reflect two things: In a way, the best of the internet tradition of facilitating people from all over in gathering to fuck stuff up and have fun doing it. So, the giddy #Gamestonk meme was born as a way to dunk on Wall Street as well as celebrate the profits small investors were making before several trading venues like TD Ameritrade shut down their ability to trade.

Celebs like Elon Musk and Logan Paul even got in on the fun, helping the redditors’ cause considerably in the process.

i joined the Gamestonk revolution today & we’ve only heard from the suits, but I want to hear from the game changers themselves… it’d be an honor to have you on IMPAULSIVE @wsbchairman @wallstreetbets @theroaringkitty #GME

Less famous and wealthy folks had fun on Instagram and their memes had the added advantage of underlining how bewildered Wall Streeters were by the phenomenon.

As of Thursday, Jan. 28, a similar effort was afoot to boost the “Dogecoin” cryptocurrency, which began as a joke, into the stratosphere, with investors buying the low-priced crypto in a flurry, driving its value up by nearly 90 percent.

It hasn’t been a rousing success yet, but it appears crypto speculators are succeeding so far. If you want to join a similar effort that’s a little lower risk, buy some and see what happens.