Turns out it’s called “Death Valley” for a reason. 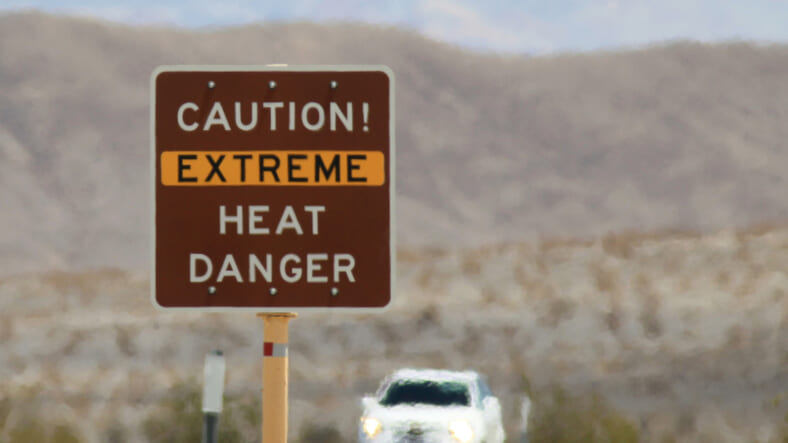 Because it’s the year 2020 and Mother Nature is a relentless, angry witch, the same August weekend that saw Fire Tornado Warnings in Northern California also brought record-setting heat in a place already noted for being intolerably hot, Death Valley National Park in California.

Death Valley already held a record of 134 degrees Fahrenheit, but that occurred in 1913 and has been attributed to “observer error.” This time the temp was 130 and there was no doubt about it. This was “walk outside and burst into flames” hot.

[Experts] say the hottest temperature ever “reliably” recorded on Earth is 129.2 degrees, from 2013 in Death Valley. That is, until now. Assuming no abnormalities are apparent, Sunday’s reading will likely be accepted. It seems the reading is not suspect, but if there is reason for skepticism, the National Weather Service or World Meteorological Society may choose to conduct a review.The current heat wave is certainly not limited to deserts. Record-breaking heat extends from Arizona to Washington state. Throughout the coming week, more than 100 temperature records are expected to be challenged.

The heat sparking all this wild weather is expected to subside a little later in the week, but not enough to really help the Southwest, where cities like Phoenix, Arizona have endured more than a month of daily highs in the triple digits.

CBS reported that the only other place on Earth ever known to get this hot was Tunisia, but the record of 131 degrees set there in 1931 has long been questioned by historians.

Death Valley’s unimaginably scorching hot weekend may ultimately go down in the books as the true record-breaker.

Though it’s hard to figure out how much such a record really matters to humans—once the thermometer hits the 100s it all adds up to unbearable, no matter what.

The best residents around Death Valley can hope for is the next hot day not being accompanied by fire tornadoes.