El Chapo’s crush on del Castillo had a lot to do with it. 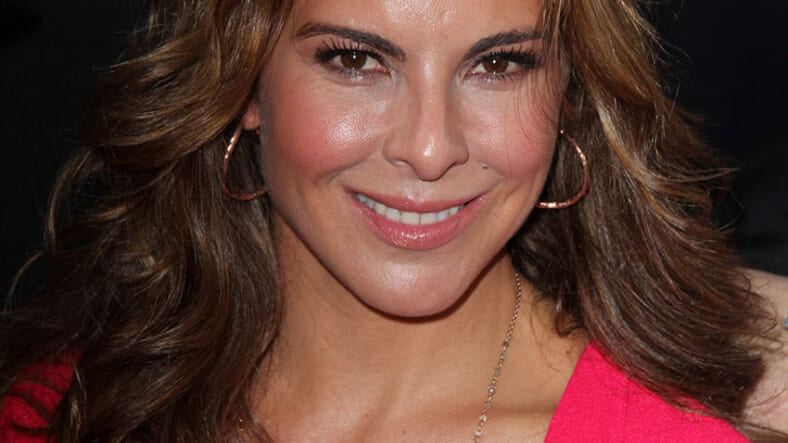 One of the links missing from stories of the now-infamous meeting between actor Sean Penn and notorious Sinaloa Cartel leader Joaquin “El Chapo” Guzman has been the perspective of the woman who made it all possible in the first place: telenovela star Kate del Castillo. In a detailed New Yorker article published Friday, del Castillo finally teased out her side of the tale, and it’s fascinating, maybe a bit troubling, and a little different from Penn’s, which he laid out in vivid purple prose for Rolling Stone.

We learned more details about the story of Penn’s and del Castillo’s jungle rendezvous with one of the most wanted men in the world at the time, as well as just how tough the whole journey was for del Castillo long before she even heard from El Chapo’s attorneys about turning the drug lord’s story into a movie.

It all started with a tweet. Del Castillo’s tweet addressing Guzman, posted in January 2012, has been noted many times as the thing that got Guzman’s attention and led to his attempts to get in touch with her. What’s sometimes missed, however, the backlash the actress received from the Mexican public as well as her own family. Using a tweet-lengthening service, del Castillo addressed Guzman as many Mexicans see him, a Robin Hood figure. “I believe more in El Chapo Guzmán than I do in the governments that hide truths from me,” read part of the message, which was written in Spanish. She continued, capslock loaded for bear, “MR. CHAPO, WOULDN’T IT BE COOL IF YOU STARTED TRAFFICKING WITH THE GOOD? COME ON SEÑOR, YOU WOULD BE THE HERO OF HEROES. LET’S TRAFFIC WITH LOVE, YOU KNOW HOW.” Not only did pundits in the Mexican broadcast media excoriate del Castillo for lauding El Chapo, the New Yorker‘s Robert Draper writes that her father, a noted performer in his own right, “e-mailed her a line-by-line critique of her manifesto.”

As naive as her tweet may have sounded, del Castillo wasn’t that deluded about El Chapo. In her first meeting with El Chapo’s representatives in the fall of 2014, his attorneys informed her that the drug baron had told them to take her to a fine restaurant in Mexico City. She demurred, citing the possibility of paparazzi. According to del Castillo one of the lawyers then said, “Señorita, if he knows we’ve taken you to get tacos, he’ll kill us.” She took them seriously enough, by her account, that they had to reassure her it was just a joke.

El Chapo was clearly smitten by del Castillo, whether she wanted to admit it or not. The New Yorker account quotes several letters from El Chapo to del Castillo, and they contain details that go beyond merely trying to tell his story, which he gave del Castillo the rights to while imprisoned in January, 2015. In one letter El Chapo reportedly wrote, “I love your acting, you really go for it. I congratulate you. I imagine acting can’t be so easy, amiga. I hope to say hello to you in person someday. Hopefully soon.” In another letter he gave her the mundane details of his holiday meals (apparently they often serve Coca-Cola with meals in Mexican prisons) and wrote, “that series that you made, I saw it and I loved it. I’ve seen it many times—you’re a great actress in it.”

Sean Penn and Kate del Castillo have some disagreements about what parts of Penn’s account are true or not. Del Castillo told Robert Draper that Sean Penn wasn’t as upfront with her about his goal in meeting El Chapo as he seems to believe he was:

Del Castillo says that Penn’s claim that he told her about his idea for an article at their first meeting is “total and complete bullshit,” and that his mention of the story to El Chapo was the first she had heard of it. “This was not how I was expecting the night to be,” she told me. “But at the moment I thought, Maybe we can base the movie on this article.” For several hours, del Castillo served as translator. They discussed Hugo Chávez, the Mexican government, and Donald Trump. El Chapo seemed genuinely curious about whether the American public knew who he was…

El Chapo was apparently a total gentleman to Kate del Castillo. Joaquin Guzman was “solicitous” of del Castillo and once she’d been hanging out with him and Penn for several hours, he suggested she head to bed. He said he’d show her the way. The actress was worried something terrible was about to happen. “So I say, ‘What the fuck, I might as well say my last words,'” she told the New Yorker, “I told him, ‘Amigo, you know why I’m here. And you know what I wrote about you. You’re a very powerful man. And you can do a lot of good. There’s a good man inside of you. So let’s do it.'” El Chapo responded in classic nice dude fashion by calling her “amiga” and telling her she had “a big heart.” And that was that.

One thing is clear from this account: the fallout from Sean Penn’s Rolling Stone piece has been pretty miserable for Kate del Castillo. She can’t return Mexico at the moment, as Mexican law would permit the authorities to put her under house arrest for months with no charges. She’s also lost work as a result.

There were moments in Robert Draper’s interview sessions when it was clear del Castillo felt a little hung out to dry by Penn and others involved in meeting the kingpin — and that she should have left it all alone at some point. “See, I just do things, and I never see the consequences,” she said.