Robert O’Neill posted a maskless selfie but later deleted it. 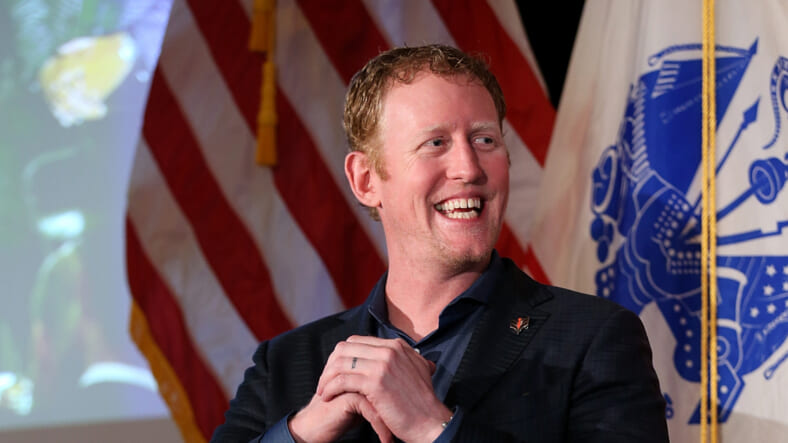 Ex-Navy SEAL Robert O’Neill is now persona non grata on Delta Airlines for ignoring rules regarding the spread of coronavirus. On August 19th the former soldier—who claims he was the one who shot 9/11 mastermind Osama bin Laden—posted a selfie on Twitter of his smiling, unmasked face with the caption, “I’m not a pussy.”

He later deleted the tweet, but screengrabs are forever.

O’Neill then tweeted on August 20th that he’d been banned from the Delta’s flights.

I just got banned from @Delta for posting a picture. Wow.

Masks are mandatory on commercial flights. O’Neill’s tweet garnered a ton of attention; it was inevitable Delta would learn about it.

The airline provided a statement to CBS News:

“Part of every customer’s commitment prior to traveling on Delta is the requirement to acknowledge our updated travel policies, which includes wearing a mask,” Delta said in a statement. “Failure to comply with our mask-wearing mandate can result in the ability to fly Delta in the future.”In another tweet, O’Neill said he had a mask on his lap. He also knocked the airline, writing, “Thank God it wasn’t @Delta flying us in when we killed bin Laden… we weren’t wearing masks…”

Delta has reportedly banned 160 passengers for the same reason. As for O’Neill, he didn’t necessarily get the kind of support he might have been hoping for from social media and had to go on the defensive at one point, posting tweets that indicated it was a joke all along and the mask was in his lap.

O’Neill said in an appearance on Fox Business that if “someone felt uncomfortable, I’ll put the mask on.”

He also wants to see the manager. “I’d love to talk to the CEO, Mr. Bastian about it,” O’Neill said, “I’d like to help them because their image right now isn’t very good and I have a million miles on Delta.”

O’Neill reportedly said his wife deleted the tweet, but Task & Purpose noted that the former SEAL, a vocal political conservative, has been critical of mask mandates in the name of preventing the spread of the coronavirus:

You know that shit you’re wearing on your face is novelty, right?

“Mask” is easier to say than “Placebo”.

Here’s the CDC guidance on mask-wearing and its effectiveness in slowing the spread of COVID-19:

Masks are recommended as a simple barrier to help prevent respiratory droplets from traveling into the air and onto other people when the person wearing the mask coughs, sneezes, talks, or raises their voice. This is called source control. This recommendation is based on what we know about the role respiratory droplets play in the spread of the virus that causes COVID-19, paired with emerging evidence from clinical and laboratory studies that shows masks reduce the spray of droplets when worn over the nose and mouth.

The Centers for Disease Control also recommends “all people 2 years of age and older wear a mask in public settings and when around people who don’t live in your household, especially when other social distancing measures are difficult to maintain.”

O’Neill is something of a celebrity among conservatives but has been criticized for speaking publicly about the raid on bin Laden, which SEALs say breaks their tradition of doing the job in secret without seeking publicity.

Accurate depiction of my life this week… pic.twitter.com/crJUPaRhDZ

There’s no doubt the negative publicity he received this week got to O’Neill—at least a little. On Saturday he tweeted a photo of himself in a golf course sand trap. He captioned it, “Accurate depiction of my life this week.”