We’ll have ALL the appetizers, please. 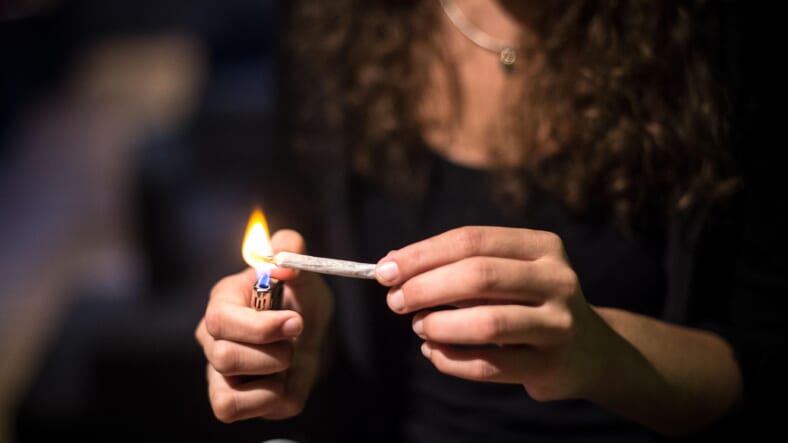 Thanks to legal recreational marijuana, Colorado was already a tourist destination for weed enthusiasts who likely don’t have corporate drug testing to worry about. Now the city of Denver is ready to make it even more convenient for consumers to get their Rocky Mountain high by allowing ganja use in bars and restaurants.

Recreational weed is never a simple issue, though. There are some caveats should the measure go through—which vote tallies say it will, according to CNN.

The Denver measure, called Initiative 300, would allow marijuana use in private businesses that receive a permit from the city. Business owners could set up an area inside or outside for smoking, but they must also get approval from their neighborhood organization to do so.

Reasons for the measure have a lot to do with tourism. Marijuana use in parks and other public spaces is still illegal in Colorado, but as backer Emmett Reistroffer reportedly said in a press conference, a number of the state’s millions of visitors “are trying cannabis and have nowhere to go.”

“I also think it’s important they have somewhere to go,” he said, “where staff is trained because we want to promote responsible use.”

Those opposed to the measure worry that it will lead to too much second-hand exposure as well as a general relaxing of attitudes toward open use, but as CNN reported, it looks like a little over 53 percent of Denver residents disagree.

If you’re all set to head out there and have yourself a little of the late Merle Haggard’s personally-branded strain with your steak and eggs, you’ve got till 2020 to make the trip, as the measure will expire then if Denver’s city council doesn’t pass legislation making it permanent.