‘Game of Thrones’ Fans Are Buying Huskies Because They Look Like Direwolves, And Peter Dinklage Is NOT Having It

“If you’re going to bring a dog into your family, make sure that you’re prepared for such a tremendous responsibility.” 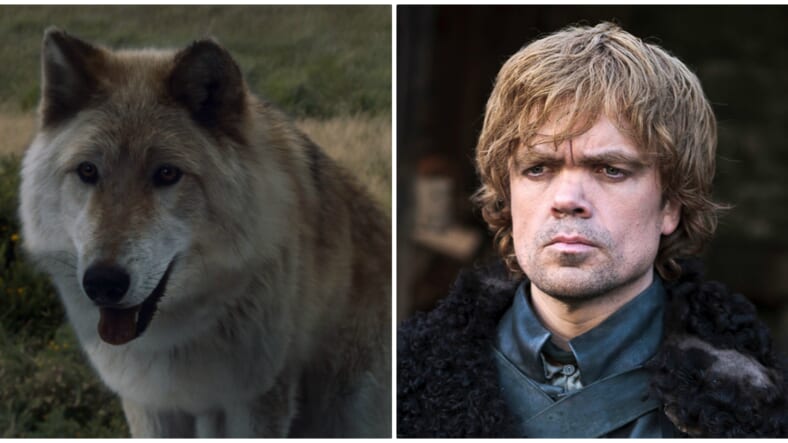 Apparently, certain Game of Thrones fans are so, so obsessed with the hit HBO show and every fictional creature in it, that they seem to forget it’s make-believe and try to recreate Westeros in real life by buying big dogs that look like direwolves.

Ever since the show aired, more and more fans have been buying or adopting Siberian huskies and other large, wolf-like dogs to replicate the direwolves, only to abandon them when they realize dogs are not the same thing as a fictional wolf.

According to a report from the Blue Cross, there’s been a 700 percent increase in the number of abandoned huskies since 2011, which is really sad, because dogs are amazing and don’t deserve to be dumped in a shelter.

Considering GoT first aired in 2011, this drastic increase is thought to be due to diehard fans attempting to recreate direwolves with huskies, only to realize: 1) Huskies aren’t Direwolves, 2) Direwolves aren’t real, and 3) Dogs are living creatures that require a lot of care.

Peter Dinklage, a.k.a. Tyrion Lannister, teamed up with PETA to remind everyone that direwolves are completely fictional, will never be real, and that huskies are dogs, not wolves.

“Please, to all of Game of Thrones‘ many wonderful fans, we understand that due to the direwolves’ huge popularity, many folks are going out and buying huskies,” he said.

“Not only does this hurt all the deserving homeless dogs waiting for a chance at a good home in shelters, but shelters are also reporting that many of these huskies are being abandoned – as often happens when dogs are bought on impulse, without understanding their needs.

“Please, please, if you’re going to bring a dog into your family, make sure that you’re prepared for such a tremendous responsibility and remember to always, always, adopt from a shelter.”