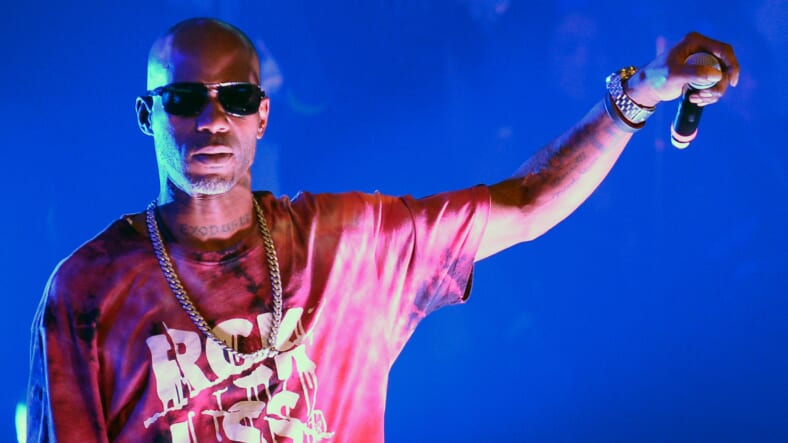 Talk about a mic drop!

After pleading guilty to tax evasion in November, DMX took the extremely unusual step of playing his 1998 track “Slippin'” in court, right before he was slapped with a one-year prison sentence.

Per The New York Times:

The aim of the unusual audio presentation, according to a letter by Mr. Simmons’s lawyer, Murray Richman, was to give the court a sense of “raw Earl.”“It’s spectacular and it’s meaningful,” he said of Mr. Simmons’s rapping. “It’s so catchy, it talks to you.”

The lyrics include lines about DMX’s rough upbringing.

“See, to live is to suffer/But to survive/Well, that’s to find meaning in the suffering.”

Ultimately, Judge Rakoff had sympathy for X, and called Simmons a “good man.”

The rapper reportedly owed the Internal Revenue Service $1.7 million in backtaxes and penalties he failed to pay from 2002 and 2005. Simmons also failed to files taxes from 2010 to 2015, a time period in which he earned at least $2.3 million.

It’s not his first time behind bars. The father of 15 (!) was locked up in 2015 for failing to pay $400,000 in child support. He’s also pleaded guilty to DUI, theft, drug possession and animal cruelty in the past.