It turns out dogs can understand vocabulary and tone of voice more than we thought. 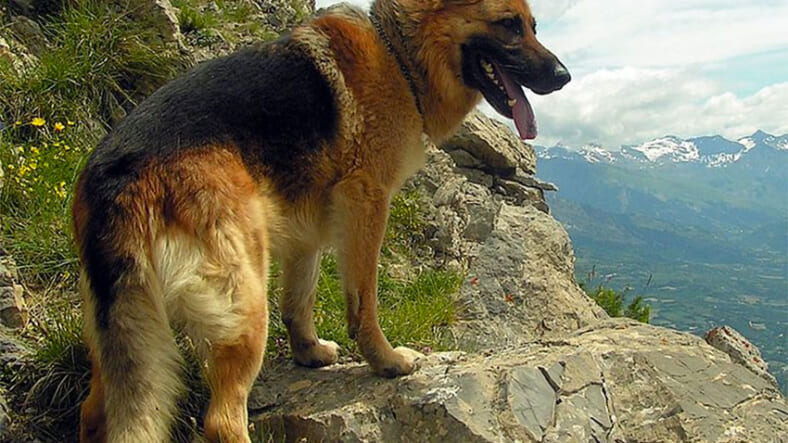 Recent research has indicated that what dog owners have suspected for years is true—your furry buddy totally knows when you think he’s the best dog in the world.

A group of researchers — including the awesomely named Attila Andics — reportedly conducted a study at a Hungarian university that proved we should perhaps consider our words more carefully when speaking to four-legged companions. The New York Times reports that Dr. Andics says “what we say and how we say it matters to dogs.”

Dr. Andics, who studies language and behavior in dogs and humans, along with Adam Miklosi and several other colleagues, reported in a paper to be published in this week’s issue of the journal Science that different parts of dogs’ brains respond to the meaning of a word, and to how the word is said, much as human brains do.As with people’s brains, parts of dogs’ left hemisphere react to meaning and parts of the right hemisphere to intonation — the emotional content of a sound. And, perhaps most interesting to dog owners, only a word of praise said in a positive tone really made the reward system of a dog’s brain light up.

To conduct the experiment, the researchers claimed they trained dogs to sit still inside a magnetic resonance imaging machine while a Hungarian trainer said phrases in his native language such as “good boy” and “well done.”

The trainer used the usual happy tone we use when praising a canine companion. To determine a difference in the dogs’ response, the trainer tried neutral words and a flat tone of voice.

The upshot of the study seems to be that dogs are more sensitive than we may realize to a larger variety of words and phrases than we give them credit for.

Anyone who’s ever owned a dog is likely nodding in agreement, but there is reason to be skeptical of this particular report.

The original article linked as a primary source by a number of publications is no longer online. A search of Science‘s website shows a 2014 article detailing what sounds like the exact same study, so we suspect some shenanigans with the original paper.

One thing we’re sure of: cats probably still don’t give a shit what you say to them.