This is American democracy at its finest. 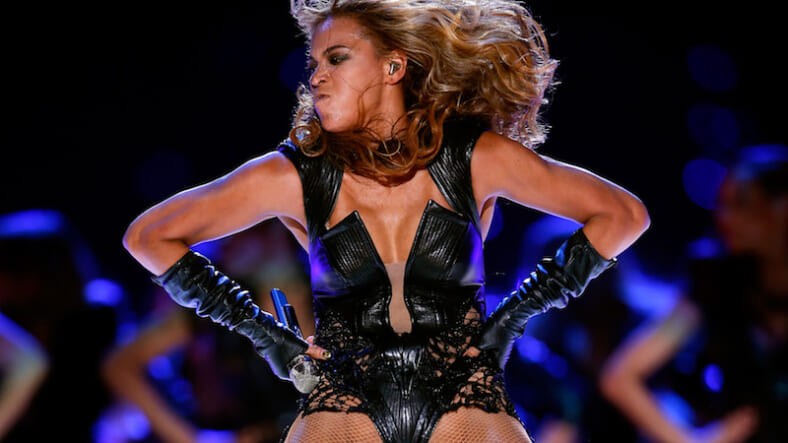 New York City is bracing for an epic showdown between self-appointed defenders of the local police force and superfans of musical powerhouse and post-coital eater of crustaceans Beyoncé Knowles, right in front of NFL Headquarters on Tuesday, February 16th.

The occasion? Two rallies, one critiquing Bey’s Super Bowl halftime show, which former New York mayor Rudy Giuliani, among others, found offensive for what some saw as an attack on police officers and an evocation of the Black Panthers, and the other supporting Queen Bey, who was widely considered to have delivered the evening’s only truly memorable moment.

The Eventbrite page for the Anti-Beyoncé Protest Rally declares the half-time show a “race-baiting stunt” and “a slap in the face to law enforcement.” It invites protestors to make their feelings known at 345 Park Avenue betwen 8 AM and 4 PM—a self-defeatingly large window of time that is almost certain to dilute the rally’s impact.

The rival event in the singer’s defense also has an Eventbrite page, entitled Get In Formation: Anti-Anti-Beyoncé Protest Rally. Imploring supporters to “dress in your ‘Formation’ video/Super Bowl performance-inspried gear and make this moment a joyous one!” the organizer of the counterprotest has wisely is limited that event to a manageable two hours, 8 AM to 10 AM.

It’s worth noting that creating an Eventbrite page is free and extremely simple, so it’s anyone’s guess whether actual protesters, for or against, will actually show up. The media will undoubtedly be there in force.

Meanwhile, anyone for an anti-Coldplay protest?