They even took his Viagra away. 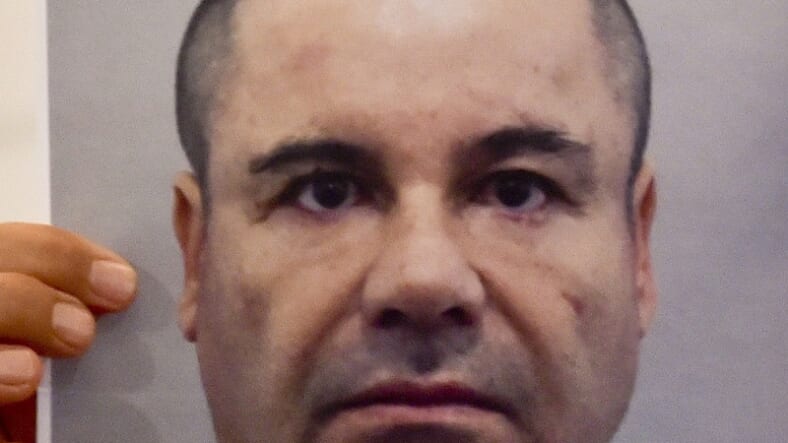 Joaquin “El Chapo” Guzman, drug lord and prison escape artist, has reportedly been having a lousy time in lockup at Altiplano Federal Prison in Mexico. That’s what he, his family, and lawyers say, anyway. Prison authorities, reported the Associated Press, beg to differ. They say Guzman has plenty of reading material, his blood pressure is down, and he’s gained weight:

Since he was recaptured in January, Guzman has read the classic Don Quijote, and has now started a Spanish-language version of The Purpose Driven Life: What on Earth Am I Here for? by Rick Warren, a California-based evangelical pastor. The self-help book contains quotes that might pertain to Guzman, such as “A pretentious, showy life is an empty life; a plain and simple life is a full life.” And “We are products of our past, but we don’t have to be prisoners of it.”The description of his post-escape prison life comes from a federal official who was not authorized to be quoted by name under official policy. The official and a colleague granted the interview to The Associated Press following a spate of complaints by Guzman’s lawyers and relatives who said his health was suffering in prison and that he could not sleep.

Surprisingly, the AP report states that Guzman was previously permitted conjugal visits lasting up to four hours and a supply of boner pills like Viagra. Since his return to Altiplano, however, extra security measures have made the possibility of his hooking up with a female visitor highly unlikely. Guzman is under constant video and visual surveillance and drug dogs test his food. He has, however, applied to have conjugal revelry time reinstated.

The AP article went on to acknowledge an interview telenovela actress Kate del Castillo recently did with ABC News. Del Castillo acknowledged what seemed obvious all along: El Chapo had a crush on the star, or at least on her drug-running character in a Mexican narco drama, Teresa Mendoza. “I think he was never interested in the movie” he’d allegedly intended to have made about his life, del Castillo told Diane Sawyer.

It’s interesting that Guzman has made noises about accepting extradition to the United States—it seems improbable that any medium to high security U.S. facility would even have the option of allowing something like conjugal visits.

Wherever he lands, it’s good to know he’s getting good counseling on how to be his better assassination-ordering, drug-trafficking self.

h/t AP by way of the Guardian