Joby’s eVTOL aircraft could spell the end of the old-fashioned helicopter. 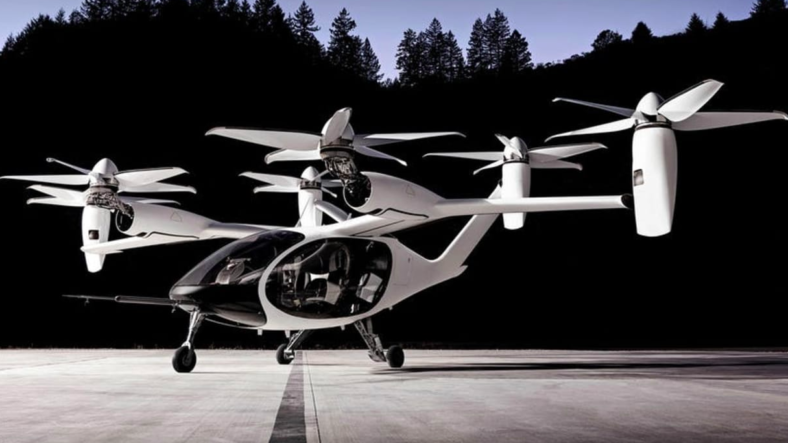 Santa Cruz, California electric air taxi start-up Joby Aviation is going public. It may be a sign of investor confidence in the future that Joby’s initial valuation is a stunning  $6.6 billion.

The company also dropped its first video of the eVTOL taxi in action (see above). Joby plans to begin putting it to use for commercial passengers by 2024.

The video of Joby’s aircraft is striking in several respects, particularly sound. It’s so quiet it’s almost surreal, especially compared to helicopters, much less any other flying vehicle. That’s thanks to whispering electric motors driving the rotors. Joby’s literature states that at 500 feet in the air it creates just 70 decibels of noise—for comparison, a singing or yelling man can produce over 90 decibels.

Entrepreneur JoeBen Bevirt founded Joby, launching it from his 160-acre ranch. Bevirt, a millionaire, earned his fortune from selling smartphone tripods. In 2009 he used his money ($25 million or so a year) to put together engineers and begin developing the aircraft in the video.

CNBC reports that Bevirt’s efforts have paid off big-time already, even before the blockbuster stock valuation:

The company has raised nearly $800 million in funding, including a roughly $600 million round led by Toyota in 2020. The Japanese auto giant is partnering with Joby Aviation on manufacturing the latter’s electric aircraft ahead of its planned passenger service. Joby also received a $75 million investment from Uber in December, when Joby acquired Uber’s own fledgling air taxi service, Uber Elevate.At the end of February, Joby announced plans to merge with a special purpose acquisition company, or SPAC, backed by investors led by LinkedIn co-founder Reid Hoffman and Zynga founder Mark Pincus. The deal injects $1.6 billion of capital into Joby Aviation.

In comments posted on Joby’s website, JoeBen Bevirt stated that his company’s “long-term vision has always been to build a global passenger service, helping a billion people to save an hour every day while contributing to the protection of our precious planet.”

Getting listed on the New York Stock Exchange, Bevirt said, “lets us look ahead to the next decade and provides us with the resources we need to bring our vision to life.”

More and more it seems like the future of transportation is literally—and figuratively—electric.