Fresh off his attempt to rescue the Thai soccer team, the billionaire is setting his sights on Michigan. 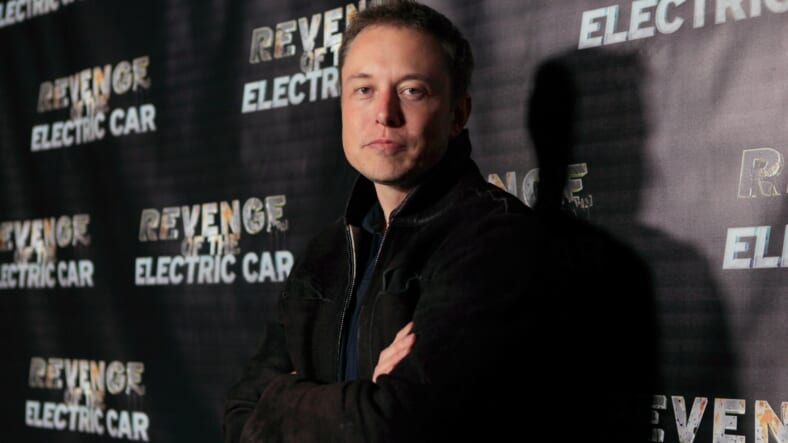 Fresh off his attempt to rescue the Thai soccer team trapped in a cave, billionaire inventor Elon Musk has pledged to come to the rescue of people in Flint, Michigan, who are still suffering from a notorious water crisis.

Musk’s offer came after what appeared to be a trolling tweet from Cullen Crawford, who needled Musk for being beaten to the punch in Thailand (the boys were rescued not by his submarine, but by divers) and suggested a new cause for him to take up.

Elon musk, I promise no one will beat you to the punch if you try to help the people of Flint, Michigan

Another tweet, this one from someone called Baby D, appeared to goad Musk into making a commitment. He did.

Please consider this a commitment that I will fund fixing the water in any house in Flint that has water contamination above FDA levels. No kidding.

Later, Flint’s mayor joined the conversation and set up a call with Musk.

Sure, will call tomorrow

Flint’s ongoing water crisis began in 2014, when the city’s water supply was switched to the Flint River and substandard water treatment resulted in lead from old pipes leaching into the city’s water. Thousands of residents were exposed to dangerous levels of lead as people were encouraged to leave behind the tap and use bottled water. Now the water in Flint is safe to drink, but plenty of people in the area don’t trust it.

Whether Musk does anything to help the people of Flint remains to be seen. If he doesn’t, it won’t be a huge surprise. The man behind Tesla and SpaceX is much better at thinking big than following through on his promises, as Digg recently cataloged. Musk has, at various points promised to fix Puerto Rico’s electric grid, Los Angeles traffic and the media all of which still have the problems that caused him make his promises.

If Musk wants to avoid adding another failed promise to Digg’s list, he’d do well to consult Anna Clark’s new book The Poisoned City, which chronicles the catastrophe in Flint. In a recent interview with Jalopnik, Clark offered some ideas for how a billionaire could help in Flint:

I think some of the things that would be great would be, for example, the lead lines are being replaced in Flint, but internal home plumbing fixtures that have been damaged by the corrosive water—people had things like water heaters replaced—what if people could be compensated for that?People have lost property values. I don’t know how this would logistically work, but is there some way to make people more whole there?Water is still expensive and inaccessibly so for a lot of people there. Is there some way to subsidize water bills?