Will the real Iron Man please stand up? 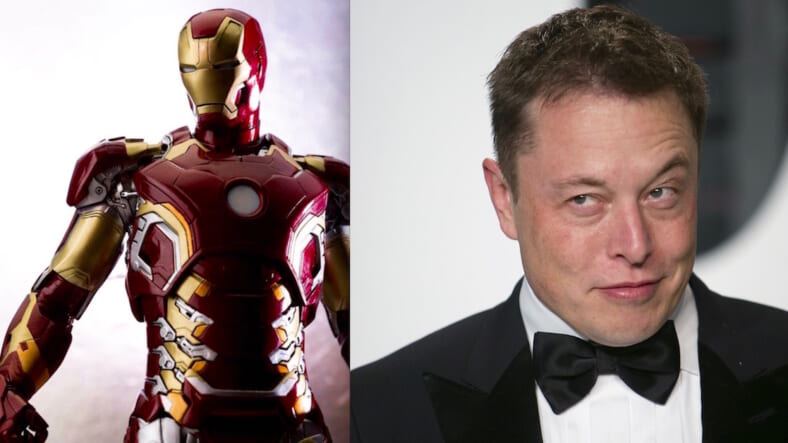 High-flying billionaire Elon Musk may actually be “the real-life Tony Stark” after all.

After his hush-hush visit to the Pentagon on Wednesday, reporters had a field day speculating about the reason behind the swashbuckling SpaceX and Tesla CEO’s visit. One CNN headline asked, “What Was Elon Musk Doing at the Pentagon?”

For his part, Musk took to Twitter to set the record straight:

Something about a flying metal suit…https://t.co/6Z1D9iZ1fV

Musk always enjoyed poking fun at those Iron Man comparisons that have dogged him for years. Robert Downey Jr. even reportedly modeled his portrayal of brash businessman Tony Stark on Musk.

But for all we know, the Tesla kingpin’s jokey tweet may have hinted at something that could actually happen. The U.S. military plans to unveil its own exoskeleton, or “super suit” by 2018. When first announced two years ago, President Obama teased, “We’re building Iron Man.”

Naturally, “the real-life Tony Stark” would be the only man to consult.

It is only a matter of time before Mark Zuckerberg is unmasked as Iron Monger, and the billionaire nemeses duke it out in their their flying armored suits and repulsor beams.