The tech billionaire says “it’s like a Fitbit in your skull.” 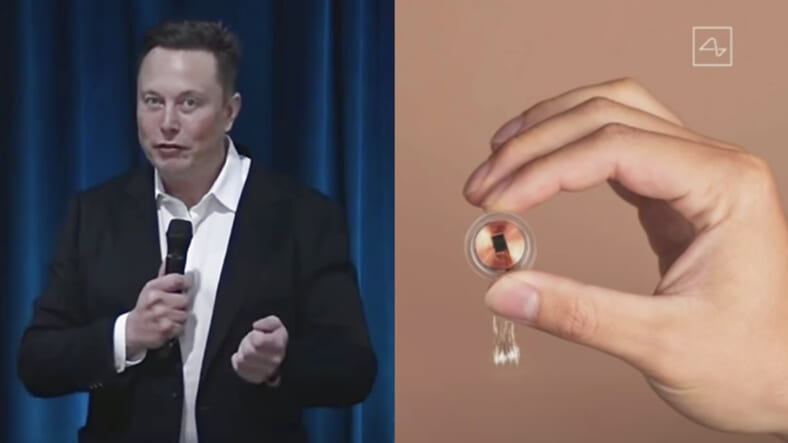 Elon Musk wants to install a computer inside your head.

Or, as he put it in his presentation of a new version of his Neuralink Brain Chip, “a Fitbit in your skull.” His company has already done this successfully with pigs—which is notable because scientists often use the results of pig experiments to determine how well something might work in humans.

Musk held a livestream to present this new innovation by his neuro-tech company.

The Tesla and SpaceX mogul introduced his live audience and viewers to Gertrude, whom he described as “a healthy and happy pig, initially shy but obviously high energy and, you know, kind of loving life.”

“And,” he continued, “she’s had the implant for two months.”

CNET condensed the long livestream into a 14-minute breakdown in the video above. At one point, Gertrude can be seen happily checking out her pen as electronic beeping sounds accompany her motions. Those noises, it turns out, are coming from the implant in the pig’s brain.

As Gertrude snuffles around her pen in the above clip, a series of beeping sounds can be heard, which are revealed to be real-time signals from the coin-sized brain-computer interface.

Naturally, people had questions, and Musk then donned a mask and answered a few. Among the most interesting: Can Neuralink’s tech one day allow implantees to record and hang on to their memories?

Musk said, “Yes, I think in the future you’ll be able to save and replay memories.” He then acknowledged what many were likely thinking—that Neuralink presents possibilities that sound “increasingly like a Black Mirror episode.”

Black Mirror is a dystopian, somewhat Twilight Zone-like series from English creator Charlie Brooker, and the show has posited a future when we can do exactly that: save and upload memories. As Musk went on to say, “I guess they’re pretty good at predicting.”

“Essentially,” Musk said in the same presentation, “if you have a whole-brain interface, everything that’s encoded in memory you could upload.”

“You could basically store your memories as a backup and restore the memories,” Musk said, “Then ultimately you could potentially download them into a new body or into a robot body.”

Neuralink has legitimate neurosurgeons on board who clearly take the technology’s potential seriously. As you might expect, however, Neuralink Brain chips will at first only be available to the very wealthy. But, Musk said, “I think we want to get the price down to a few thousand dollars.”

The biggest takeaway for now? Musk put it well at another point during the presentation: “The future’s going to be weird.”