Elon Musk Won’t Stop Till Robots Are Doing Our Housework

Get ready for robots to clean your house. 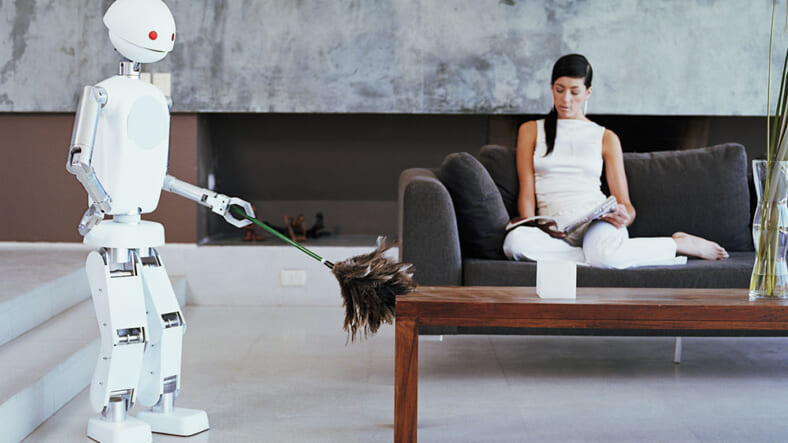 Apparently billionaire tech philanthropist Elon Musk can’t quit churning out ideas and visions for the future—like artificially intelligent robots that could do our household chores for us.

Musk is one of the sponsors of OpenAI, a company researching artificial intelligence. In a blog post published on OpenAI’s website, Musk and fellow company leads Sam Altman, Greg Brockton, and Ilya Sutskever said they are on a mission “to build safe AI” and to make sure that artificial intelligence is beneficial to as many people as possible.

The team said their first goal was to evaluate their progress in developing AI that could reinforce its own learning and evolve in ability over time. The second goal? “Build a household robot”:

We’re working to enable a physical robot (off-the-shelf; not manufactured by OpenAI) to perform basic housework. There are existing techniques for specific tasks, but we believe that learning algorithms can eventually be made reliable enough to create a general-purpose robot. More generally, robotics is a good testbed for many challenges in AI.

The OpenAI team wants artificial intelligence to have human-like traits that include “natural language understanding” as well as relatively complex problem-solving abilities.

OpenAI claims their research is holistic as well, meaning goals met for one project—like a smart robot that will help you do laundry and (hopefully) clean the litter box—will be of benefit to other projects as well.

This looks like a promising approach to using artificial intelligence as a fundamental tool for human advancement, rather than letting it run away and one day plug us all into the Matrix.

However, we’re also pretty sure that between endeavors like his Tesla Motors, SpaceX, and this, Elon Musk could probably use a nap.