“I think we’ll be able to do short trips, flights by first half of next year.” 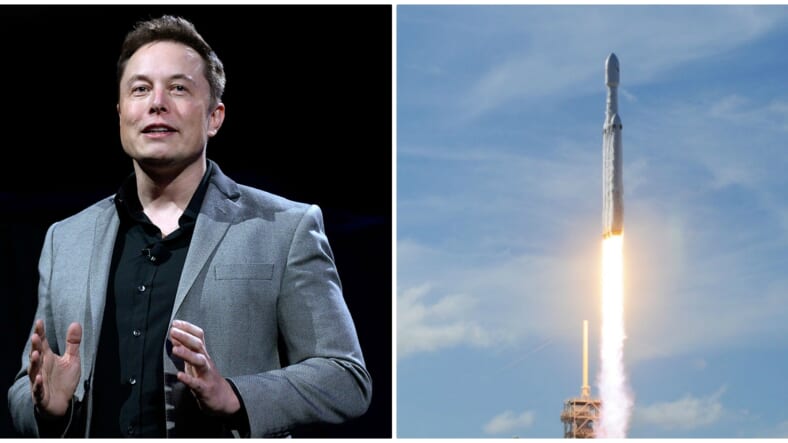 On Sunday at the South by Southwest festival, billionaire tech guru Elon Musk announced that his SpaceX trips to Mars will be ready way sooner than anyone would have expected: early next year!

“We are building the first Mars, or interplanetary ship, and I think we’ll be able to do short trips, flights by first half of next year,” he said during a question and answer session at the annual festival.

Back in September, Musk first revealed his groundbreaking plan to build spaceships to colonize the Red Planet, with the hopes of sending at least two cargo ships carrying supplies by 2022 in order to establish human settlement.

The main purpose of getting humans to Mars A.S.A.P. is because nuclear war and a deeply unfortunate (and completely avoidable) AI apocalypse are imminent, and the remnants of the population who haven’t been wiped out and/or spliced with radioactive deformities need a safe(ish) place to rebuild the human race.

And since this is Elon fucking Musk, the projected 2022 timeline got condensed by a good three years, so now it looks like we might be going to Mars in just a few short months…which also means Musk probably has a feeling the aforementioned apocalypse is nigh.

Actually, let me rephrase — the robotic uprising is going to happen very soon.

“We’ll start off building the most elementary of infrastructure: just a base to create propellant, a power station, glass domes in which to grow crops, all of the sort of fundamentals without which you would not survive,” he explained of his goals to colonize Mars. “Then there’s going to be an explosion of entrepreneurial opportunity, because Mars will need everything from iron foundries to pizza joints.”

But let’s not forget that Rome wasn’t built in a day, so it’s probably going to be another decade or two before the android Rapture hits and we’re eating pizza in outer space with Elon Musk and E.T.

Besides, Musk admits he might be a bit too optimistic about building a spaceship advanced enough to go to Mars by next year. “Although sometimes, my timelines are a little, you know…” he added.

Plus, before you get too excited about booking your one-way ticket to Mars in 2019 or so, I should also mention that you’ll probably die before you make it to the Martian pizza place. Musk himself says so.

“For the people who go to Mars, it’ll be far more dangerous. It kind of reads like Shackleton’s ad for Antarctic explorers. ‘Difficult, dangerous, good chance you’ll die. Excitement for those who survive.’ That kind of thing.”

To elaborate, even if you make it through the many months of deep space voyage alive, the air on Mars is extremely thin, so the spaceship might pick up too much speed during landing because of the lack of atmospheric drag and it’ll crash and blow up. Et cetera, et cetera.

Sounds like a blast! Pun definitely intended. But will it be worth the risk? Absolutely.