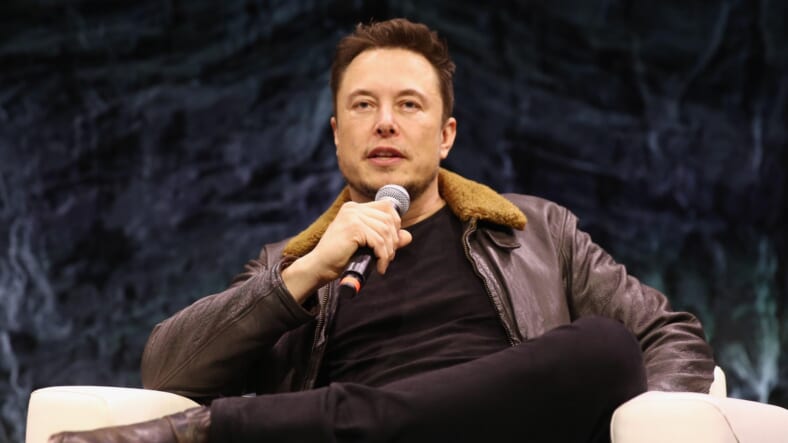 People might not need headphones—or even ears—to listen to music in the future. That’s what Elon Musk implied recently when asked about Neuralink, his “brain-machine interface.”

As previously reported, Neuralink’s goal is to link microscopic processors in your brain with threads narrower than human hair. Those threads read activity in the brain’s neurons and permit the user to control things with the mind, sending data to sensors on the skull—data which is then processed by a hearing aid-like computer worn behind one ear.

Musk has previously used Twitter to stoke the proverbial Tesla Cybertruck fire, and he’s doing the same with Neuralink. Responding to an open invitation in which the billionaire tech magnate implored qualified individuals to consider working for Neuralink, computer scientist Austin Howard asked the Tesla and SpaceX CEO, “If we implement neuralink – can we listen to music directly from our chips?” Musk replied, “Yes.”

Consequence of Sound notes that the the simple, one-word answer raises other questions, such as whether an additional apparatus would be needed to hear the music, or if the Neuralink chip would somehow stimulate brainwaves to create the experience of hearing music. But in early 2020, Musk elaborated more on Neuralink’s mission and progress, again on Twitter.

Wait until you see the next version vs what was presented last year. It’s *awesome*.

“The profound impact of high bandwidth, high precision neural interfaces is underappreciated. Neuralink may have this in a human as soon as this year,” Musk tweeted. “Wait until you see the next version vs what was presented last year. It’s *awesome*,”

CNET reports that Musk went on to state that the technology will first and foremost be used to restore motor function in those who’ve suffered a stroke or brain disease.

It will ultimately be used to make up for entire lost sections of the brain due to stroke/accident/congenital. Don’t want to get too excited, but the potential is truly transformational for restoring brain & motor functions. There is no other way to do it imo.

When investment firm founder and Tesla advocate Cathie Wood asked for a date regarding an official launch event, Musk said, “First, we need to make it super safe & easy to use, then determine greatest utility vs risk. From initially working to volume production & implantation is a long road. As with vehicle safety, it will be much harder to pass our internal standards than minimum regulatory standards.”