Way to kill your buzz. 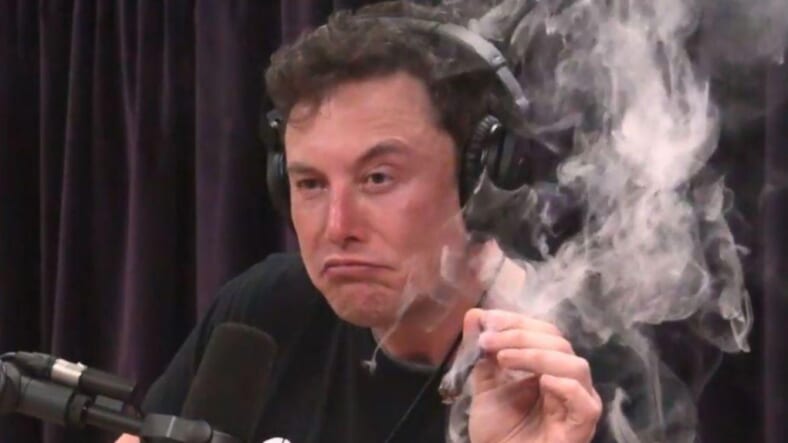 Elon Musk’s allegedly fraudulent tweets could do more than put him out of a job—they may have sparked a financial disaster for Tesla stockholders.

The Securities and Exchange Commission is already suing the billionaire tech mogul for tweeting “false and misleading” statements about plans to take Tesla private, a plan he withdrew on August 24.

In a blatant reference to weed’s unofficial holiday, Musk wrote that shares would trade at “$420.”

It may have all been a dumb joke, but there could be serious consequences. If Musk is subsequently fired from his position as Tesla CEO, his departure could cost shareholders nearly $20 billion, according to Bloomberg.

Market Watch has further details on what led to the SEC’s suit:

On Thursday, the U.S. Securities and Exchange Commission filed suit against Elon Musk, arguing that he misled investors when he proclaimed on Twitter TWTR, -3.11% in August that he was considering taking Tesla TSLA, -13.43% private and had secured the funding to do so. Other reports have suggested that the Department of Justice is investigating Musk for potential criminal charges regarding his tweets.

Musk told CNBC that he was “saddened and disappointed” by the SEC’s allegations and actions.

“I have always taken action in the best interests of truth, transparency and investors,” he said in a statement. “Integrity is the most important value in my life and the facts will show I never compromised this in any way.”

Bloomberg reports that as of Friday morning, Tesla’s market value has plummeted from $64.8 billion to $45.7 billion since August 7, the day Musk sent the tweets in question.

He might want to consider taking a break from social media.