The 19-year-old could face prison time if found. 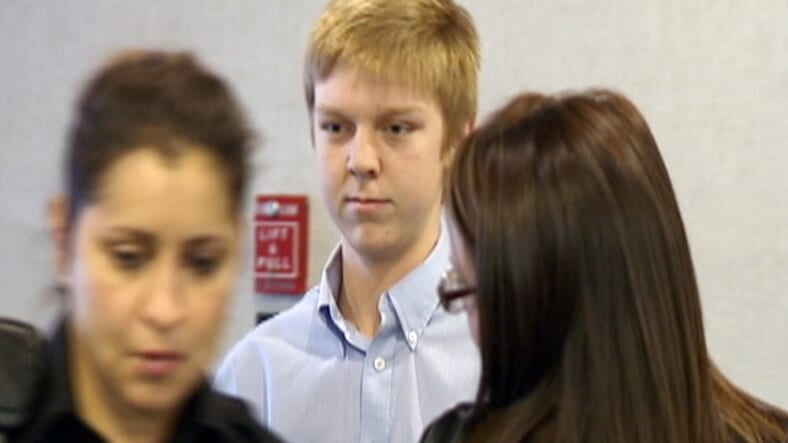 Texas authorities have an arrest warrant waiting for Ethan Couch, the coddled teen who avoided prison after killing four people in a deadly drunk driving incident in 2013 with an “affluenza” defense. Perhaps predictably, Couch and his mother have gone missing.

Couch’s case caused outrage across the nation after his attorneys convinced the court the boy wasn’t fully responsible because he was so spoiled he couldn’t understand the consequences of his actions. The success of Couch’s defense led to calls for much tougher penalties against similar cases in the future. Couch received ten years probation for an alcohol-fueled crash, but avoided jail-time.

But Couch has reportedly violated his parole, and that comes with with some serious consequences. A video that appeared to show Couch—who is now 19—playing beer pong was posted on Twitter on December 2.

ya boy ethan couch violating probation. i got more if u want @CityofBurleson @TarrantCountyDA pic.twitter.com/otiGprQ1uD

After the video was posted, CBS DFW reported that Couch missed a meeting with his Tarrant County, TX probation officer. Then, according to the CBS report, Couch and his mother apparently vanished:

Public records indicate that the Couch family lived at a house near Eagle Mountain Lake as recently as October. However, they cannot be found there now. Law enforcement officers went to the rental property and found it empty of belongings, indicating that there was a plan to leave.

While some suspect that Couch and his mother are on the run, Couch’s attorneys issued a statement to local media in which they said it was their “understanding that the Court has issued a directive to apprehend to have Ethan detained because he is out of contact with his probation officer.”

Police are still looking into the video that appears to show Couch playing a probation-violating drinking game. That footage combined with the missed probation appointment could lead to the teen finally going to prison. You know, where he should’ve been in the first place.