Everything We Know About the Deadly Terrorist Attacks in Brussels 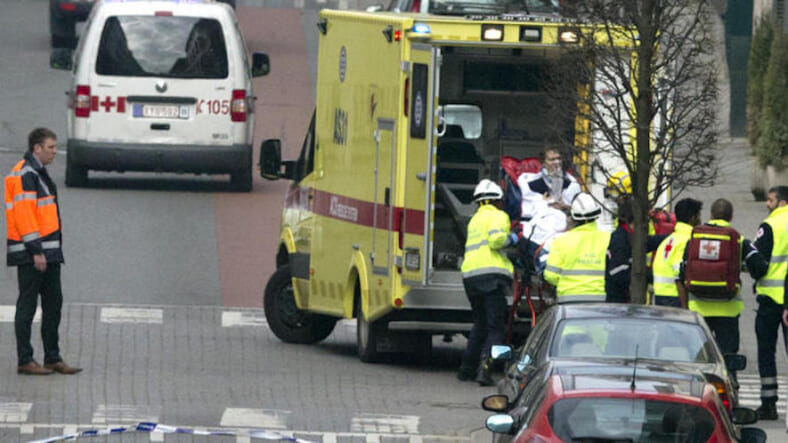 At least 34 people are dead and nearly 200 more injured after three explosions tore through an airport and a rush-hour subway station in Brussels on Tuesday.

ISIS claimed responsibility for the terror attacks, a news agency affiliated with the group said.

“Islamic State fighters carried out a series of bombings with explosive belts and devices on Tuesday, targeting an airport and a central metro station,” the Amaq agency said.

The bombings come just four days after the arrest of Salah Abdeslam, thought to be the only surviving attacker from last November’s assault on Paris. Security officials across Europe have feared another ISIS attack for months and the arrest of Europe’s most wanted man heightened those concerns even more.

“We were fearing terrorist attacks, and that has now happened,” Belgian Prime Minister Charles Michel said at a news conference after Tuesday’s bombings.

The first attack took place at 8 am local time inside the crowded departure terminal at Brussels’ international airport. Witnesses reported hearing shouts in Arabic before the blasts, which sent broken glass and smoke billowing through the building, setting off a chaotic scene near the check-in counter.

Scenes of panic inside #Brussels airport after this morning's two explosionshttps://t.co/l93oCYJQhk

“It was atrocious. The ceilings collapsed. There was blood everywhere, injured people, bags everywhere. We were walking in the debris. It was a war scene,” one witness who had just arrived on a flight from Geneva told a French TV station.

At least one of the bombs inside the airport was a suicide bomb, officials say. Another unused explosive belt was also found at the scene, according to Belgium public broadcaster VRT.

Police removed it and detonated it in a controlled explosion. A Belgian TV station says that there were likely nails in the airport bombs. VRT also reported that at least one and possibly two Kalashnikov assault rifles were found next to the bodies of the airport attackers.

The unused explosive belt is thought to indicate an attacker who did not die on the scene. According to Belgium’s Het Nieuwsblad, that attacker is now one the run.

About an hour after the airport attack, another bomb ripped through a subway train as it left the Maelbeek station in the area of the city where European Union institutions are headquartered. The bomb went off in the middle car of a three car train.

The explosions sent smoke billowing out of the station and on to the street, where emergency workers treated injured passengers who had made their way up from underground.

Belgian authorities immediately began the difficult task of rooting out those responsible for the attacks and anyone who might try to carry out more. According to Belgian state broadcaster RTBF, teams of law enforcement are conducting raids throughout the city and the country’s terror alert has been raised to its highest level. Citizens have been told, “Stay where you are.”

Meanwhile, the Brussels airport and metro systems have been completely shut down. Evacuations have taken place at major institutions across the country, including Belgium’s Royal Palace, the University Libre de Bruxelles and the Tihange nuclear power plant.