That viral story of a lobsterman who says he was swallowed and spit out by a whale seems fishy, say experts. 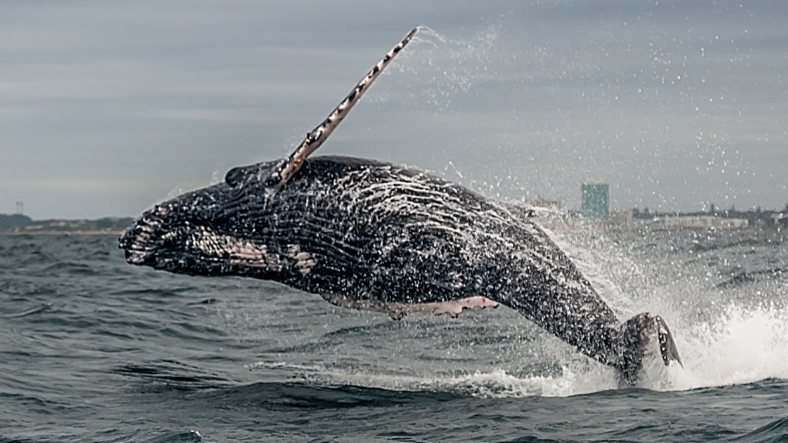 Full name: Michael Packard. He’s the 57-year-old (some reports have given his age as 56) lobsterman who claimed last week that he’d survived an extremely close call with a massive humpback whale after it swallowed then spit him out off the coast of Cape Cod, Massachusetts.

Michael Packard was diving off Cape Cod Friday when "I just felt this truck hit me and everything just went dark." At first he thought it was a great white shark, then he realized he was in the mouth of a humpback whale. Full story here: https://t.co/GMPEQsI3vV pic.twitter.com/7bzswu92YF

Packard’s “Miracle”— in an interview with a Boston TV station he actually used the Spanish word for extraordinary events, “Milagro” — wasn’t surviving the whale encounter. It was his surviving a plane crash in Costa Rica 20 years ago, an event easily confirmed by an Associated Press report published in November 2001.

We know the crash really happened, then. But Packard’s encounter with the whale has drawn considerable skepticism from many corners, according to the New York Post.

At least one doctor at the Cape Cod hospital that treated the lobsterman who claims he was nearly swallowed by a humpback expressed skepticism Saturday to The Post about the whale of a tale.“He reportedly ascended from a 45-foot depth in 20 to 40 seconds and didn’t have any evidence of barotrauma?” scoffed the Cape Cod Hospital emergency room doc.

It does make you stop and think. It doesn’t strain credulity that a humpback might be capable of swallowing a man. They can, after all, reach up to 60 feet in length. But the fact Packard did not suffer barotrauma (a big word for “the bends,” or decompression sickness) definitely seems suspect.

Even more suspect, however, is the fact that Packard’s experience is incredibly rare. The Post interviewed another lobsterman who’d never heard of such a thing, saying, “People who are in the fishing industry, and people who know whales, are finding this hard to believe … It’s a first-ever that this would happen.”

As large as their mouths and bodies are, humpbacks couldn’t swallow a human adult, anyway, their digestive tracts are too narrow. They’re so big they can certainly present plenty of danger to the unwary but at the same time, though whales can be curious about humans, they eat small prey — fish, squid, and krill.

Michael Packard’s story of being swallowed briefly by a humpback whale as he was diving for lobster off Massachusetts Friday went viral quickly. But some people are skeptical. https://t.co/O6zA3xLNi7

He did seem willing to give Packard some benefit of the doubt, though, considering the way whales tend to feed — their massive mouths opening to a 90-degree angle. If Packard’s story is true, Dr. Corkeron’s sympathies were more with the whale. “I imagine the whale had this, like, ‘Oh my goodness’ moment,” he told NBC Boston, “and probably got rid of him as quickly as it could.”

As for Michael Packard, he hasn’t been responding to recent interview requests from various outlets but he did recently do a Reddit AMA (“Ask Me Anything”) about his experience and in response to one question indicated he found himself “very overwhelmed” by all the attention.

But he also said he’d like Matt Damon or Sean Penn to play him should Netflix make a movie about his experience. Whether Michael Packard’s story is true or not, there are probably plenty of people who would pay to see Sean Penn get eaten by a whale.