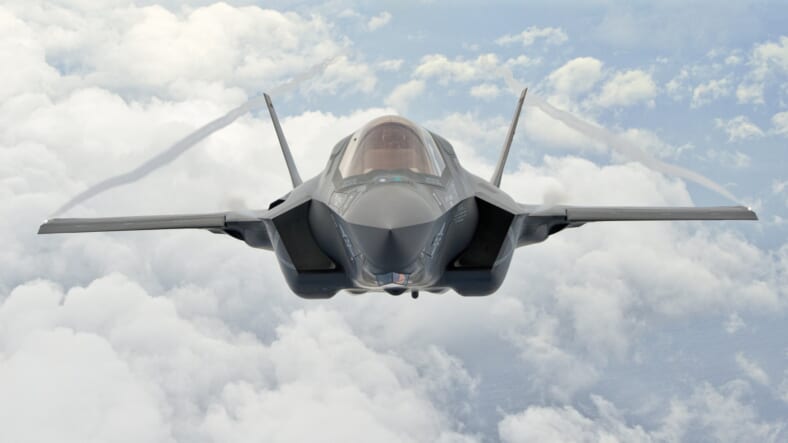 Diplomatic relations between the U.S. and Russia have have increasingly been plagued with tension, with recent events in Syria being just the latest international incident to chill our frosty relations to nearly Cold War-levels. But should the U.S. ever have to actually tangle in the skies with Russian jets (God forbid), we can at least sleep soundly knowing that we’d likely come out on top, at least according to a NATO commander who recently spoke with Business Insider.

When asked how America’s new fifth-generation F-35s would perform against their Russian counterparts, Gen. Tod Wolters, commander of US Air Forces in Europe, says it wouldn’t even be close.

“What we are perfectly convinced of is the fact that when we do bring fifth-generation assets into the European region it is something that certainly serves as a deterrent. It forces the Russians to take a look at what we are doing and to realize that if they had to embrace us they might be in a position where they had to jump into a boxing ring and fight an invisible Muhammad Ali.”

Wolters spoke alongside other top military leaders at the Air Force Association’s annual Air, Space and Cyber conference on Monday. Dutch commander Lt. General Dennis Luyt, whose country was the second international partner to receive the Lockheed Martin fighters, shared a similar sentiment with Business Insider regarding the new F-35 jets: “The unparalleled situational awareness a platform like the F-35 brings to the fight I think is something that any opponent would regard as a force to be reckoned with.”

All in all, Wolters seems confident that the Russian fighter jets would be outperformed by the F-35. “From our observations of their [Russian] activities in the area of command and control, they are extremely challenged,” he told Business Insider. “So our sense is, from a fifth generation standpoint, that we would have great success.”

Let’s just hope the general’s claims are never put to the test.