Death from above just got way more awesome-looking. 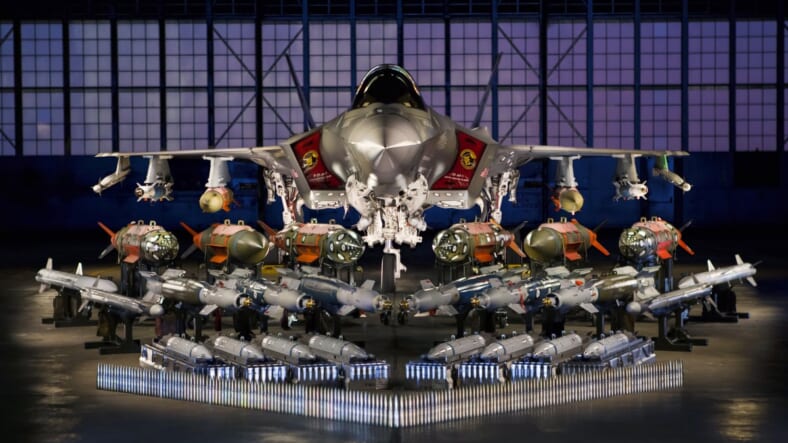 If the U.S. military needed a single photo that says “don’t fuck with us,” this is likely it.

Lockheed Martin, everyone’s favorite purveyor of fine weaponry, has dropped an image of the F-35A fighter jet, and it’s…intense. The shot not only shows the very, very expensive aircraft (just under $110 million, Lockheed says), but also presents its devastating weapons suite, which could bring some serious death from above.

“The F-35 can carry more than 35-hundred pounds of ordnance in Low Observable (stealth) mode and over 18-thousand pounds uncontested,” Lockheed Martin boasts on its webpage.

Have a look at the cache for yourself, which includes everything from a Mark 84 warhead (aka “The Hammer”) to an AGM tactical air to surface missile:

The F-35A – the most popular of the three F-35 models – is designed for long-range bombing attacks, dogfighting, and air support. It’s distinctive from its airborne brothers, the cleverly named the F-35B and F-35C, as it features an internal cannon on its left side, just behind the cockpit.

Want one? Act quick, as only 1,763 are expected to be produced, and the Pentagon gets first dibs.