America’s Most Expensive Fighter Jet Is Also Its Worst

The $1.5 trillion F-35 program’s bugs include an ejection seat that could kill pilots. 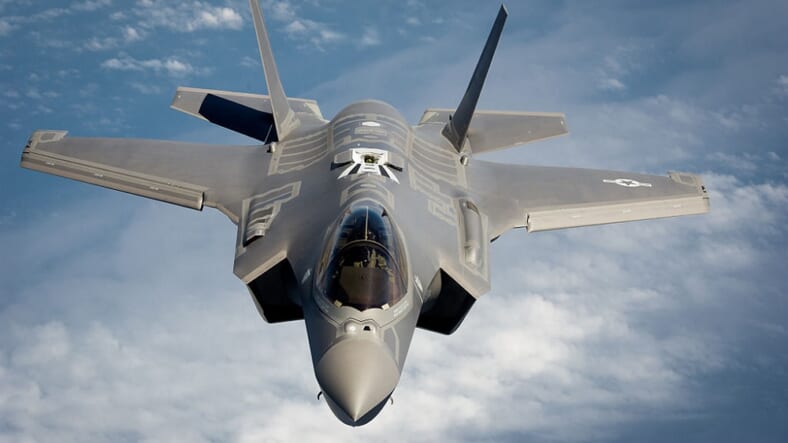 The Pentagon recently released a disturbingly frank report on its $1.5 trillion F-35 Joint Strike Fighter initiative, and it revealed that the American military has spent that massive amount of money on a stunningly flawed, high-tech death machine.

The problem is the death could come to the F-35’s pilots before it ever reaches a target on the ground. F-35s are ultra-fast supercomputers riddled with an astonishing number of bugs. Defense One broke down the report released Feb. 1 by the Pentagon’s office overseeing testing. The F-35 slated for use by the Marine Corps alone has problems that would seem comical were it not for all the lives and money at stake:

The Version That the Marines Are Using Is Very BuggyThe Marines rushed to finish testing their version of the aircraft in May of 2015 in order to declare initial operating capability by July. The report describes serious problems with the computer software, (the Block 2B version of the software) in the Marines’ F-35 variant. Those software problems include “in fusion, electronic warfare, and weapons employment result[ing] in ambiguous threat displays, limited ability to respond to threats, and a requirement for off-board sources to provide accurate coordinates for precision attack.”

Another of the many huge issues with the jet: a hapless pilot who has to ditch his ride may die during ejection. Slender pilots especially—no one under 136 lbs is allowed to fly the F-35 and pilots under 165 lbs might end up paralyzed anyway.

The Pentagon report stated that after ejection the pilot’s seat would turn in a manner that “results in the pilot’s neck becoming extended, as the head moves behind the shoulders in a ‘chin up’ position.” Upon release of the parachute, the pilot ends up being whiplashed. The thinner and smaller the pilot, the deadlier this could be.

Unfortunately, the American military is probably stuck with the Lockheed-manufactured boondoggle and its epic and growing price tag. In a 2012 interview on 60 Minutes, the Air Force’s Lt. Gen. Chris Bogdan was asked if the F-35 program had reached a “point of no return.”

“I don’t see any scenario where we’re walking back away” from it, Bogdan said.